Electric vehicles are arguably one of the most important inventions of our times. Aiming to lower carbon emissions and to reduce additional harmful effects on our environment, these machines are designed with innovation and precision engineering to give an efficient and safer ride to consumers. This can be considered as one of the biggest leaps in the field of mobility and yet we do have a few areas to look upon and improve. One of those being the mechanical losses which are mostly caused by friction during transmission and sometimes leading to fatal failures. For this, proper lubrication is the checkmate!

To address this issue a group of researchers from the university of California conducted a comparative study on four different greases that are widely available. Namely Synthetic-polyurea (SP), Mineral-polyurea (MP), Mineral-lithium (ML) and Synthetic-lithium complex (SL). These greases are subjected to different temperature and surface roughness conditions during the course of this research. It is important to note that all of these greases have same level of viscosity grades though their compositions are different.  The quality of these greases depends on the combination of base oil and thickener used to make it. There is a general understanding that a grease with a base of mineral oil or synthetic oil using Lithium or Urea as thickeners acts as a good lubricant.

Fig 1: Specifications of the greases used (Taken from [1])

For this comparative study, two different tests are conducted to understand the behavior of these greases. One being a uni-directional sliding ball-on-disk experiment and the other a four-ball test.

For this ball-on-disk experiment, a pressure of 1.2 GPa is applied on the ball with a sliding speed of 250 mm/s at different temperatures of 40°C, 100°C and 150°C. Based on the results observed after performing this experiment, lowest wear is observed for MP while the rest of the specimens also performed similarly for smooth surfaces. But a good amount of contrast in wear rates is observed when the same experiment is conducted on rough surfaces. Though ML is consistent in both the cases, it is also observed that greases with mineral oil as a base have lower wear rate compared to synthetic base, this is because mineral oils are less dependent on surface roughness. Coming to the temperature dependence of this experiment it is observed that greases with mineral oil base increase their wear rate linearly with increase in temperature. For synthetic oil base greases this is nearly constant within a wide range of temperatures.

Now looking at the frictional behavior during this experiment, an increase in friction is observed with surface roughness for most specimens. On most surfaces the friction is low for SL and the same is observed for ML in rough surfaces. Comparing with temperature SP is the lowest at 40 °C for smooth surfaces and SL is the lowest at 100 °C for rough surfaces. Overall synthetic greases have low friction compared to their mineral counterparts. At 150 °C the frictional co-efficient value is comparable for all irrespective of their base oil.

Different material combinations are used to perform fourball tests while the lowest average wear is observed for NS3 configuration followed by SS3 and SN3. Here ‘S’ stands for steel and ‘N’ for Silicon nitride ceramic. During this experiment it is observed that the wear rate for NS3 is the lowest.

Additionally, film thickness value is calculated by using Hamrock and Dowson equation. To have a better understanding over the lubrication regime transitions. 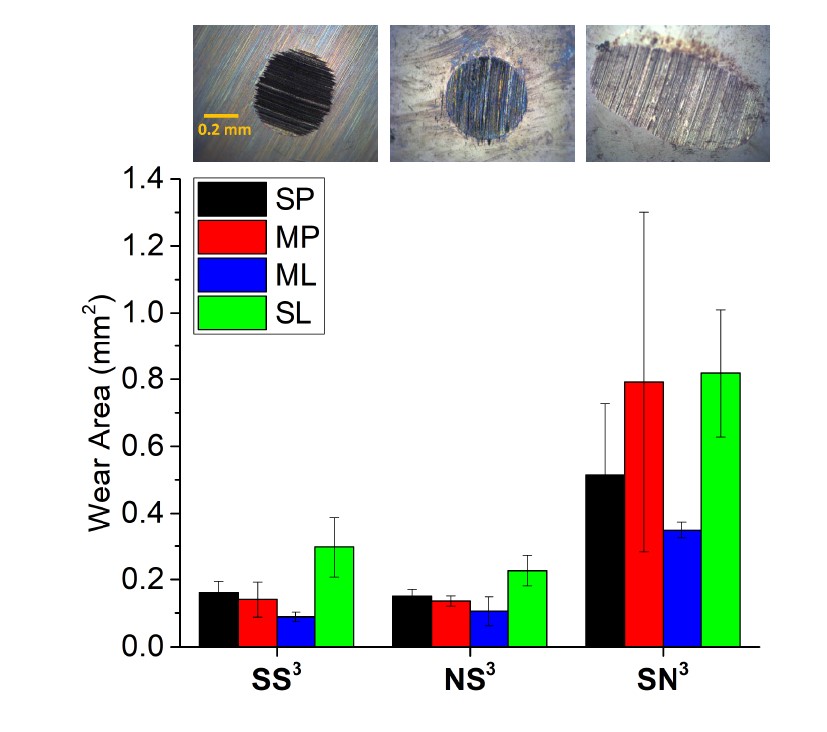 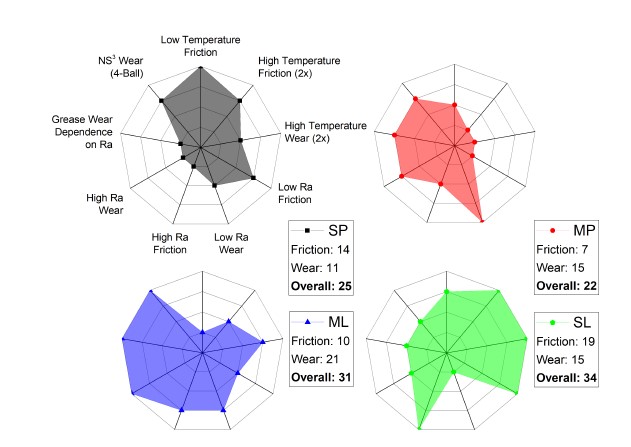 Based on this experiment it is important to consider that greases which are least effected by changing operating conditions are the best for automotive purposes. Additionally, surfaces included should also to be kept in mind while selecting lubricating fluids and also the effect of thermal oxidation at higher temperatures. Finally answering the million dollar question, after conducting these experiments the researcher’s concluded that Synthetic-lithium complex is the best grease.

Basics of Tribology: The Guide for Tribotechnology

According to Sciencedirect, tribology is a science that studies the friction and wear of machine components and mechanisms. The results of the scientific activity of tribologists relate to the phenomena arising from the contact of […]

Earthquakes are the sudden shaking of the ground caused by seismic waves passing through Earth’s rocks. These seismic waves occur when energy stored in the Earth’s crust is released suddenly, typically when large masses of […]