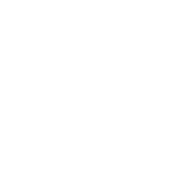 When the conditions in the tribosystem are such that the lubricant is not capable of carrying any significant part of the applied load, most of the load is carried by the direct contact of the rubbing surfaces and a boundary lubrication regime is established. More and more mechanical systems operate in this regime due to a tendency of miniaturization of the components and increased energy efficiency demands. In the boundary lubrication regime, the level of friction and wear is determined by the properties of the tribofilm – a result of the chemical and physical processes in the contact. Optimization of the design of the systems operating in boundary lubrication regime requires development of the numerical models to predict the behavior of such systems.

Recently, a team of researchers from University of Leeds developed a new mechano-chemcial model to predict the wear in boundary lubrication regime in the presence of ZDDP additive. As it was reported recently on tribonet, the growth and rupture of the tribofilm layer is a function of both, applied stress and temperature. Both of these factors were taken into account in the proposed wear model. It consisted of the half-space approximation contact mechanics model for the simulation of the contact pressure, thermal model for the simulation of contact temperature and the tribofilm growth and rupture – tribochemistry model.

The latter, is of the most interest. It is assumed in the model, that the tribofilm is the result of the reaction of the base material and additives in the oil, and the rate of the reaction is dependent on temperature and the state of the rubbing of the surfaces. Based on the results of  active collision theory and activated complex theory, they derived an equation to link the growth of the thickness of the tribofilm to the applied conditions and a mechanoactivation constant, responsible for the influence of the effect of rubbing on the growth rate. The rupture of the film was taken into account in the same equation with the aid of two empirical constants. The unknown constants were calibrated using experimental measurements of the tribofilm thickness (measured in situ by Spacer Layer Interferometry Imaging). The local wear was determined by the modified Archard’s law, which considered the local pressure and dependence of the wear rate with the local thickness of the protective film.

The model was validated using experimental measurements of wear depth and a good agreement was found, validating the proposed theory. The model allows to consider the growth of the tribofilm in details, starting from the initiation to the steady-state.