Lubricant additives play a crucial role just like lubricants. Though they are primarily believed to be helpful in controlling absorption and dissociation behavior in lubricants, they also play a crucial role in reducing friction and wear. During the research in discussion nonequilibrium molecular dynamic simulations were ran to predict a suitable additive for zinc dialkyldithiophosphate. These simulations are performed under elevated temperatures and compression.

This research mainly concentrates on the comparison of reactivity between tri(s-butyl)phosphate (TSBP) and tri(n-butyl) phosphate (TNBP). The main aim of this experiment is to understand the mechanochemical behavior of the lubricant. In other words, to understand the change in the chemistry of the component under mechanical loads. Nonequilibrium molecular dynamic (NEMD) simulations are carried out to predict this behavior. In which 48 trialkylphosphate molecules were inserted in random, between the sliding surfaces. It is important to note that no direct contact is established between the solid surfaces rather stress is applied through a set of confined molecules. 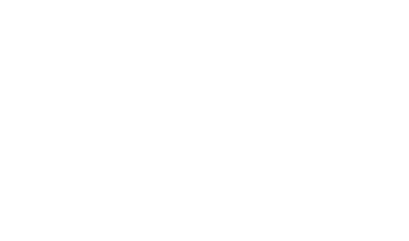 Large atomic/molecular massively parallel simulator (LAMMPS) software is required to carry on the NEMD simulations. Initial Equilibration simulations were performed at ambient temperature of 300K and a pressure of 10 MPa for 0.1 ns. After achieving the base conditions the temperature of the simulation is increased to 500K followed by a pressure increase of 4 GPa and a sliding velocity of 10 m s-1. The temperature of these simulations is controlled by Langevin thermostat with a damping parameter of 25fs. This thermostat is only applied to the middle layer, unlike pressure and sliding velocity parameters which are applied on outer molecules.

During the simulation the decomposition of TNBP and TSBP occur by breaking C – O  bonds, it is observed that as the temperature of the experiment increases the rate of this process increases. This trend holds same for shear stress as well. Based on the observed 2D curve, the data represents that the activation energy and pre – exponential factor increase simultaneously while the contact stiffness reduces. Addressing the comparison between TNBP and TSBP additives, both of them are observed to be having similar activation energy and volume. Yet TSBP is observed to be highly reactive. This conclusion is driven by the value of the pre-exponential factor which is almost four times higher for TSBP.

This study highlights the importance of considering the mechanochemical properties of the additives in a lubricant along with its tribological properties. Its approach on predicting these properties through computational power can also be an added advantage as this adds the flexibility of exploring other chemical compound relatively quicker than via conventional methods.