Graphite is a widely used material in automotive and manufacturing industries. Because of its frictional resistance, good mechanical behavior and high temperature, It is used in applications like mechanical seals more specifically in gas face seals. Its only drawback is the difficulty to machine it because of its high hardness and low fracture resistance. Surface texturing is done on graphite disks to understand its frictional behavior.

Surface texturing is the process in which pockets, dimples or cavities are created on a sliding surface to improve the frictional resistance and lubrication effect of the component reducing its overall wear, i.e. extending its service time. The grooves on the interface generate an air pumping effect between the surfaces leading to an aerodynamic lift which carries part of the load between them. A lower direct contact loading leads to a lower friction force and a lower wear rate. These grooves are processed using different techniques like laser ablation, burnishing and abrasive jet machining.

Researchers from Rzeszów University of Technology in Poland, carried out a series of pin-on-disc experiments on graphite-steel sliding pair with a dry flat contact to have a better understanding on the impact of surface texturing on graphite surfaces (see Fig 1). The graphite disc is 100 mm in diameter and 10 mm in thickness. Surface texturing is done on these surfaces using abrasive jet machining at 0.6 MPa pressure, with the help of Aluminum oxide of 99.9% purity and grain size between 75 and 106 µm as an abrasive. The nozzle diameter is 6mm and the distance between nozzle and machined surface is 300 mm. Four different samples of this texture are used for this experiment. Twenty Chevron-type cavities with 60° and 120° arms and a depth of 100 µm are created on the test surfaces. According to the authors, this is the first time these indents are performed on a graphite plate. 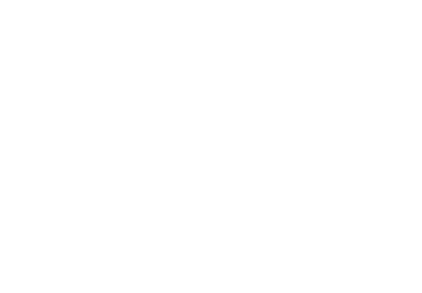 The Optimol SRV5 tribotester with the rotation system module is used for these tests. The normal load acting on the disc is 1N with a rotary speed of 2000 rpm. The friction radius considered from the center of the graphite disc and the center of counter sample is 38 mm reaching a sliding speed of 7.6 m/s on it. The base surfaces of graphite discs have Ra roughness between 0.07-0.12 µm. The counter surface used is made of 45 HRC hardness 42CrMo4 steel. This material is typically used in crankshafts, gears, axles and rotors. The diameter of the counter surface discs is 20 mm with a thickness of 30 mm. Its surface is polished to Ra roughness of 0.1 ± 0.05 µm. The frictional force during the test duration is measured using piezoelectric sensors.

The frictional coefficient of untextured disc intially increased up to 0.65 for the first 250 seconds and then slowly decreased to 0.47. This rate of descent is same for all the four test runs showing the repeatiblity of the results. For discs with texturing there is a sharp increase of friction followed by a variable decrease for each run. The final value is 0.53 for type1 disc(60° arm angle) and 0.4 for type 2(120° arm angle). In all the runs, the co-efficient of friction decreases as the test progresses. The surface texturing helped in decreasing the resistance for motion. It is also observed that the disc with 120° chevron angle performed better when compared to other types. This might be because of the smaller length of the chevron groove in the direction of motion.

This experiment proves that by using surface textured graphite, the material’s friction can be reduced increase its tribological performance. It is important to keep in mind that we can observe a larger friction drop with increased speed and test times as the wear particles can also act as small bearings, which are helpful in reducing the friction. However, wear was not observed in any of the specimens and the test runs are relatively shorter.