Nature provides three sources of energy for free: sunlight, air and gravity. Solar and wind power are increasingly exploited, gravity less so. Hydraulic power plants harvest energy from flowing rivers. Tidal energy can be gathered along some inlets and coasts. But few places are suitable for dams or barrages, which can also damage the environment. By contrast, oceans cover about 70% of Earth’s surface. Wave energy is plentiful day and night, whatever the weather. Capturing it requires little land and raises few safety or security concerns. Yet hardly any of this ‘blue energy’ is being generated. Today’s wave farms produce no more than 1–10 megawatts at any one time, enough to power a town. No commercial wave farms currently exist. The reason is mainly technological. Today’s wave-energy collectors are based on big, heavy electromagnetic generators that are made up of propellers, magnets and metal coils1. Constructing towers on the ocean floor to support electromagnets or fixing them to the sea bed is expensive and technically difficult. Surface floats can be tethered to pumps on the sea floor to drive a generator on the shore, but cannot be used in deep water or the open ocean. More fundamentally, waves involve slow flows and  oscillations in random directions — conditions under which electromagnetic generators function poorly. We need radically different ways to capture wave power. I believe that we should draw inspiration from emerging technologies that harness energy from human movements, which, like waves, are relatively slow.

My research group is developing such devices. These range from medical sensors driven by heartbeats to mats that generate electricity for lighting, health care and secu-rity2,3. They draw on the static charges that build up when some materials are rubbed together — such as when a plastic comb is dragged across wool. We have found that collecting electricity from friction is more efficient and cheaper than from alternatives such as piezoelectric materials, which create a current when they are pressed.

I believe that scaling up and multiplying similar, motion-based devices could trans-form the collection of wave energy within a decade. My blue-energy dream is at an early stage; I offer this vision knowing that many technical hurdles have to be overcome. These include: improving the efficiency and durability of generator materials and designs; connecting them into large networks that work in the open ocean; and collecting the electricity and transporting it to land.

We have used this principle since 2011 to make ‘triboelectric nanogenerators’, milli­ metres to metres in size, for a range of uses from lighting to mobile-phone charging. They are as efficient as electromagnetic generators, converting 50% of the mechanical energy from motions into electricity2. Piezo-electric methods convert only around 10%.

To capture wave energy, the nanogenerators need to be incorporated into watertight floats. We have made spherical ones, about the size of an orange4. A ball made of one type of dielectric material rolls inside a sphere of another type to build up charges as it moves (see ‘Blue- energy dream’). 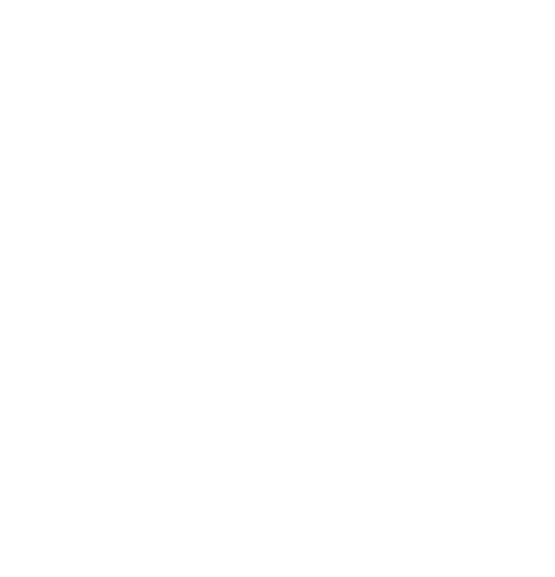 The nanogenerators are straightforward to manufacture. They use cheap, conventional materials, such as polytetrafluoroethylene, rubber, polydimethylsiloxane, silicon, fluorinated ethylene propylene, Kapton (a polyimide film) and metal foils (aluminium, copper or steel). Such materials should last for ten years in a sealed unit in the ocean, after which they’d need to be retrieved and recycled to avoid adding to marine pollution.

Power is generated according to how fast the nanogenerator moves with the waves4. The direction does not matter. If agitated two or three times per second, each unit produces a little power — around 1–10 milli­ watts. Many devices can be linked with con­ ducting cables to generate more. So far, we have demonstrated that the concept works by connecting 400 nanogenerators over 4 square metres. And we are working to develop the concept further.

Even on a small scale, I believe that net­ works of triboelectric­ nanogenerators could contribute useful quantities of power to local generating plants or the electricity grid. In theory, 1,000 devices spaced at 10-centimetre intervals in a cubic metre would power a light bulb. A square kilometre could generate enough electricity for a town5. The world’s energy consumption today could be met by covering an ocean area the size of the US state of Georgia with a 3D nanogenerator network of devices spaced every 10 centimetres and stretching 10 metres deep beneath the surface.

The electricity produced would need to be conveyed to land through cables or used locally on a floating platform. The power might be used to split water molecules to pro­duce hydrogen fuel, or to purify saline water or remove pollutants. It could power lights or navigation systems. Solar panels and wind turbines could be installed alongside the nanogenerator network in a combined renew­ able power plant (see ‘Blue-energy dream’).

There are obstacles to implementing this technology on a wide scale. I believe that most can be overcome.

The main limitation is likely to be the durability of the nanogenerators. The organic materials used in their manufacture degrade in salty water and sunlight. The devices stop working if water enters the spheres, so new waterproofing materials, such as highly adhesive substances used for underwater cables, might be needed to fill cracks and joints. The cabling also needs to be robust enough to withstand storms.

The locations and sizes of blue-energy nets would need to be carefully considered to minimize disruption to the public, marine life and shipping. Putting them in the deep ocean away from shipping lanes and coasts would stop them interfering with people’s livelihoods and leisure. But it would be difficult to transport the power to land from such remote sites. The nets might need to be fixed to islands or underwater mountains to avoid being washed or blown away, and they must not trap fish or other marine life.

Just how feasible large networks of nano­ generators will prove in practice remains to be seen. Will they compete with existing power plants and solar and wind technologies, which have been developed over decades? Because the output of solar and wind farms fluctuates between day and night or in different weather, I argue that we will need many ways to gener­ ate energy in the future. Developing countries will also have to meet their growing energy needs. Blue energy is affordable and constant, and could be a valuable part of the mix.

Developing nanogenerators will involve research by industrial and academic labs across many disciplines. Materials scientists will be required to design robust materials, including ones that generate charge effi­ciently. Mechanical engineers will have to model and optimize the behaviour of the net­ works in the ocean, while electrical engineers must discover the best ways to manage and transport power. Environmental scientists and marine biologists will need to assess the environmental impact of the networks. Estab­lishing a research institute dedicated to blue energy would speed up the development of this clean, sustainable technology.

The first phase of technological devel­opment will need government support of between US$50 million and $100 million. Private investors and major energy compa­nies could help to fund the demonstration and testing stages. Small pilot networks will have to be developed, perhaps as distributed power sources for islands, small generating plants or villages. Commercial opportuni­ties abound, from the supply of materials and technologies for power management, to endpoints such as pollutant removal or water splitting. With sufficient investment and technological support, I hope blue-energy networks6 could one day become cheaper than solar panels or wind turbines.