Electric vehicle technology has been considered as one of the most important upcoming technologies in the present world. There is most definitely a crucial reason for this consideration and this is not solely relying on the fact that EV’s are generally efficient and smarter than our conventional ICE vehicles. It is also important to understand that they are greener and leave less carbon foot prints than an IC engine vehicle. While Global warming is considered as a huge threat for our planet, ever country is striving to reduce their contribution towards it. It is agreed upon that private transportation industry is one of the key sectors responsible for global warming and an approachable problem at this stage. Hence, electric vehicles are encouraged by most of the governments, by introducing various subsidies and schemes. With a consideration that public transport can be the most practical sector to transform it to be eco-friendly.

Though it is generally accepted that EV’s are better for the planet that ICEV’s, we need to have a better understanding on the contributing parameters for this comparison. One of the most important factors to look into is the overall lifetime of the vehicle. There are certain standards followed by the government bodies to understand the performance of the vehicle over its life time. One of them being NEDC (New European Driving Cycle), for which a criterion of looking at the amount of energy required to travel 100 Km for an automobile is considered to be a benchmark. Comparing these results for different vehicles it is observed that EV’s are generally two to three times efficient than ICE vehicles.

One of the most explored argument is that EV’s doesn’t produce any carbon emissions. Though this is true up to an extent it is essential to have an overall understanding of the carbon footprint of an EV throughout its life cycle right from its manufacturing, source of electricity and its recyclability. With these considerations it is interesting to look at the results as EV’s which use electricity generated from coal actually generate more emissions than an average gasoline vehicle. But if the electricity source is from natural gas, solar or wind the total emissions value is considerably low. 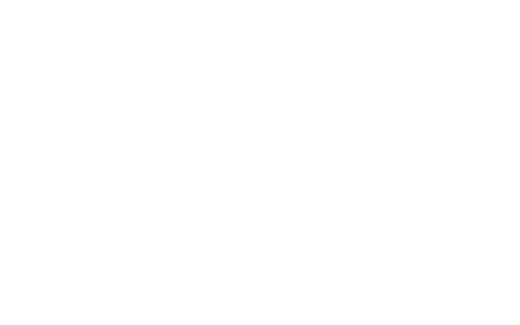 Apart from the carbon dioxide emission concerns it is also important to look at other emissions like Particulate matter and Nitrogen oxides. In here EV’s are ahead as they don’t emit any of these chemical compounds that effect the local air quality.

One of the setbacks an individual feel to buy an EV is its cost. As it is generally priced higher than a similar capacity ICE vehicle. But by if we consider the overall cost of the vehicle ownership during its lifetime. It is substantially low owing to the cheaper electricity charging costs and fewer parts that require regular maintenance. Charge time of the vehicle is another hurdle for EV’s but there are many positive improvements in the field in recent times. Which gives hope for a faster and efficient charging of the EV in future.

Apart from the general and financial challenges of owning an EV. It is worth mentioning the Tribological challenges faced by the manufactures and tribologists in building an EV.  Though we don’t need an engine oil as we don’t have a conventional engine in an EV to start with (Though we don’t need an engine oil for a BEV. This won’t be the case for a PHEV as it will also have an ICE. So, it is important to select coolant and lubricants that are compatible for both Electric motor and ICE), it is necessary to understand that EV’s are typically very silent in operation. Which demands good lubrication to restrict noise from the transmission components that have the potential of ruining the driving experience. Additionally, an EV will have around three gears which completely are responsible for transmitting the energy from the electric motor. So, they will be subjected to larger loads and higher wear rates. Hence, it is important to consider a good lubricant to serve its purpose in such conditions. Lastly, another aspect of an EV that is worth mentioning is it’s demand to have a good battery coolant. Which is responsible for cooling the battery pack as they generally produce most of the heat and have a potential of deteriorating the vehicle’s performance.

This research done by Robert Ian Taylor from University of Central Lancashire throws light on the general hurdles and tribological challenges in the field of e-mobility. Also mentioning the possible drawbacks that are responsible for delaying the transition to e-mobility.

In the video below SKF Principal Scientist Prof. Guillermo Morales-Espejel discusses the challenges for lubricated bearings in EV application (his talk starts at 37.00).