Electric Vehicles Through the Years

With the invention of the electric starter, mass production, and greatly reduced gas prices, the electric vehicle was reduced to the scrap yard heap by 1935.

In the latter half of the nineteen hundreds, concerns began to arise regarding exhaust emissions and its effect on the environment, sparking a renewed interest in the electric car. As concerns skyrocket, so has the popularity of the electric vehicle, especially when adding in the factor of rising gasoline prices. 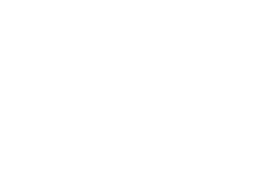 A true electric vehicle (as opposed to a hybrid) contains no internal combustion engine or transmission. The battery supplies the power.

When looking into purchasing an electric car, consumers typically raise four main concerns. The first is the driving range between charges, which is quite limited in comparison to gasoline-powered cars. The second relates to the time required to charge the electric engine, much longer than the time required to fill a gas tank. Third, lack of charging station locations around the country causes concerns for drivers, especially those travelling through rural areas. The fourth concern relates to the high cost of the vehicles. While maintenance costs may be lower, the initial outlay is too high for many individuals.

The main issue regarding the modern electric vehicle deals with durability and efficiency issues of the moving parts of the car. Reducing the friction between components will allow for increased driving range. Also of importance is the idea that electric vehicle lubricants must be compatible with copper wires, advanced polymers, electric currents, and magnetic fields, all components of the modern electric car. Improving vehicle performance may require additional different fluids or additives. Determining this requires new testing methods to determine if additional fluids would increase the longevity of electric vehicles.

Continued research into engine oils is required as they run at a lower temperature than in a normal engine. Consequently, lower viscosity engine oils improve the durability and oil consumption levels of the vehicles. While research continues, it must be noted that research is a costly and lengthy process.

Bearings in electric vehicles take on additional importance in the battle to improve the driving range of the electric car. In the Special Report “The Tribology of Electric Vehicles” Chris Shamie, director of Advanced Automotive Development, Americas-Schaeffer Group USA Inc, discusses the idea that reducing parasitic loss through the improvement of bearings can increase the driving range of electric cars, typically considered one of their weakest aspects by consumers. These improved bearings must operate quietly at high speeds as electric cars run quieter than gasoline powered vehicles. Additionally, of increased importance is the idea of bearing fatigue. Continued research needs to delve into improving bearings designed for the unique environment presented by electric vehicles.

Bearing lubrications require special formulation so that they do not corrode the copper components. Such corrosion would transfer copper to areas requiring electrical insulation. Therefore, reformulation of different lubricants is essential. Electric vehicle gearboxes use a limited amount of grease, typically in the sealed ball bearing. This creates additional challenges, as the grease is inaccessible in the ball bearings. Grease with a shorter life ultimately results in a decreased lifespan for the vehicle, an issue requiring further research and development.

Transmission fluid increases in importance in electric vehicles as they maintain greater efficiency at cooler temperatures. Therefore, a transmission fluid able to prevent motors from getting too hot decreases the amount of lost energy and increases torque.

Continued research in this field is clearly required. The first area requiring research is the field of ultra-low viscosity lubricants specifically designed for use in electric vehicles. The second area is ensuring compatibility between these lubricants and other materials, ensuring minimal friction and longer life spans. Additionally, industry specifications for fluids currently do not exist, creating issues, as the various stakeholders often seem to be approaching the issue at cross-purposes. Industry standards allow for improved research at a faster rate, bringing a superior product to the market in a timely manner.

Questions arise regarding the future potential of the electric vehicle. Consumers appear divided on the issue. One side fully supports the electric vehicle, stating reducing carbon dioxide emissions and lower maintenance and refueling costs as chief motivators. The other side remains attached to the internal combustion engine vehicles feeling that electric vehicles are too costly and concerned with issues such as limited driving range and lack of charging stations.