Although the term tribology was only coined in 1966 by Peter Jost, humans have recognized the concept in some form for thousands of years. The earliest mention of tribology is actually in the Bible where it talks about Noah building the ark and sealing it internally and externally with asphalt/bitumen.

The period of early civilization (post 3500 BC), saw many advances in the field of tribology including stone sockets, lubricants to reduce friction, and different surface materials to reduce wear.  Possible lubricants used were water, mud, and rendered fat from sheep or cows.

During the Prehistoric Epoch (before 3500 BC), the concept of using friction to start a fire by rubbing two pieces of wood together was used. This is one of the most primitive ways of producing heat/fire was via friction. Fire can be created through friction by rapidly grinding pieces of solid burnable material (such as wood) against each other or a hard surface. Hand Drill, Two-Man Friction Drill, Fire Plough, Pump Fire Drill, Bow Drill, Fire piston, Flint and Steel are some of the friction fire methods. In this way, primitive men were the first to understand the concept of friction and utilize it to produce fire needed for their daily activities. 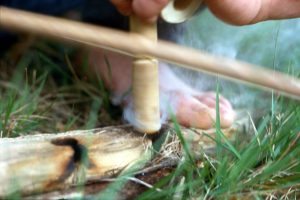 Invention of Wheel: The invention of wheels helped vehicles to move along by transferring and reducing friction. The wheel was probably invented around 8,000 B.C. in Asia. The oldest known wheel found in an archaeological excavation is from Mesopotamia, and dates to around 3500 BC. This period was known as the Bronze Age. The period of early civilization (post 3500 BC), saw many advances in the field of tribology including stone sockets, lubricants to reduce friction, and different surface materials to reduce wear.  Possible lubricants used were water, mud, and rendered fat from sheep or cows. The picture of transportation of an Egyptian statue to the grave of Tehuti-Hetep, El-Bersheh indicates the concept of lubrication was already used by ancient Egyptians. The picture depicts slaves are dragging a large statue along sand or ground. One man, standing on the sledge supporting the statue, pours a liquid (oil/water) as a lubricant in order to reduce friction between sledge and ground/sand.

Specimens of Egyptian Chariots from around 1400 B.C. are found with showed that Egyptians used animal fats (tallow) to lubricate chariot axels. During the times of the Greeks and Romans (approximately 900 BC to 400 AD), advancements in machine elements, lubrication and theories regarding friction and wear were all evident.  These advancements included Archimedes gears, and roller bearings on Roman ships for rotating platforms.  A list of lubricants was published, which included vegetable and animal oils.

The Middle Ages was not known for its advancements, and the same is true regarding the field of tribology.  One possible exception is the Cathedral of Wells clock, which incorporates metal gearings and brass bearings.

The Renaissance was the Age of Enlightment and saw the amazing talent of various intellectuals, artists, scientists, and writers, including Michelangelo, Raphael, Donatello, Sandro Botticelli, John Milton, and William Shakespeare.  Leonardo da Vinci made invaluable contributions to today’s science of tribology, although he certainly was not aware of it.

Leonardo Da Vinci was one of the first scholars to study friction systematically. His work on friction originated in studies of the rotational resistance of axles and the mechanics of screw threads. He focused on all kinds of friction and drew a distinction between sliding and rolling friction. Leonardo da Vinci understood the important role friction played in the workings of machinery and how friction limited efficiency. His ideas included the thought that friction was the result of the roughness of the material and smoother materials resulted in less friction.  Specifically, da Vinci noted that friction is not dependent of contact area, friction resistance is directly proportional to the applied load, and friction has a constant correlation. At the end of the period (1493-1500) he was confident about the laws of friction, although the value (1/2, 1/3, ¼ and 1/8) he chose for the coefficient of friction varied considerably. 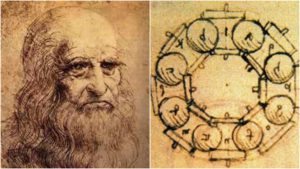 Developments in the period prior to the First Industrial Revolution of 1600-1760 was mainly confined to Britain, as Britain did not allow the export of machinery, skilled workers, or manufacturing techniques, as they were aware of their superiority in these areas.  The revolution brought about much advancement in the areas of bearings, gearings, lubricant application, and theories regarding friction and wear.  Christian Huygens invented the pendulum clock and patented the pocket watch while Robert Hooke invented the universal joint.  Scientists like Robert Hooke, Isaac Newton, and Leonard Euler advanced theories of friction and viscosity.

The monumental work done by Sir Isaac Newton in his Principia from 1687 laid down the foundations of Viscosity and was able to bring out the concept of Newtonian and Non-Newtonian Fluids. 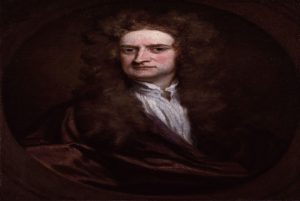 John Theophilus Desaguliers (1683-1744) became the first person to propose the adhesion concept of friction. He stated that friction is fundamentally caused by the force it takes to overcome adhesive forces or to breakdown adhesion. French physicist Guillaume Amontons rediscovered the rules of friction after he studied dry sliding between two flat surfaces (Amontons, 1699). He postulated three laws which is only applicable to dry friction:

Charles-Augustin Coulomb (1736-1806) proposed that the frictional resistance of a rolling wheel or cylinder is proportional to the load P, and inversely proportional to the radius of the wheel. Coulomb’s description of rolling friction entirely neglected the material compliance. 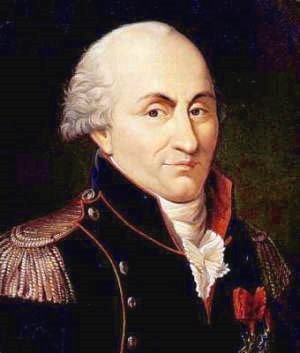 The Industrial Revolution from 1750 to 1850 saw rural societies in Europe and the United States change into industrialized, urban societies.  Goods that were formerly produced by hand were now produced in mass quantities by machines in factories.  This was the era of James Watt, a Scottish inventor and mechanical engineer who created the Watt steam engine, which was fundamental to the period and the changes it brought about. John Harrison who was a self-educated English carpenter and clockmaker, invented caged roller bearing as part of his work on chronometers.

Advancements were also made in the field of gearings, journal bearings, and roller bearings.  Many patents for lubricants were granted during this time.  Lubricants included mixtures of graphite and pig tallow, as well as mixtures of olive oil and lime in water.  George Rennie, Charles Hatchett, and George Gabriel Stokes were active scientists during this time, promoting their theories regarding friction, wear, and hydrodynamic theory. The years of 1850 to 1925 saw amazing improvements in machine elements including the electromotor locomotive and the axle gear drive for the automobile. Vegetable and animal oil lubricants were replaced with distilled and refined lubricants such as compressor oils and refined cylinder oils.  The first additives were also invented during this time period.  Friction and wear theories saw great advancement by scientists such as Beauchamp Tower, Gustav Adolph Hirn, Osborne Reynolds, and Johannes Wilhelm Sommerfeld.

In 1886 Professor Osborne Reynolds published his famous work – “On the Theory of Lubrication and Its Application to Mr. Beauchamp Tower’s Experiments, Including an Experimental Determination of the Viscosity of Olive Oil”. In this manuscript, the famous equation of thin fluid film flow in the narrow gap between two solids was formulated. This equation is the basis of the classical lubrication theory. 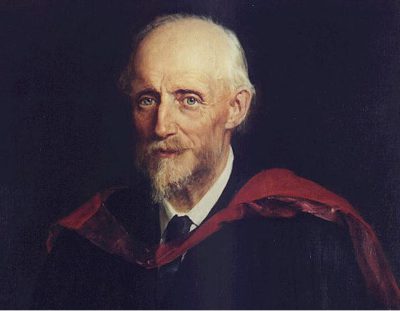 In 1902 Richard Stribeck was a German scientist and engineer, living from 1861 to 1950, published the Stribeck curve, a plot that related friction with viscosity, speed and load. Philip Bowden and David Tabor gave a physical explanation for the laws of friction. They determined that the true area of contact is a very small percentage of the apparent contact area. The true contact area is formed by the asperities.

The term tribology was mentioned for the first time in 1966 in the Jost Report, a study commissioned by the British government to investigate damage from wear. The committee headed by Peter Jost, estimated that application of basic principles of tribology could save the UK economy approx. ₤ 515 million per annum. In 1967 a committee of Organization for Economic Co-operation and Development (OECD) formally defined Tribology as “the science and technology of interacting surfaces in relative motion and of related subjects and practices,” and it is an engineering field that deals with friction, wear, and lubrication. 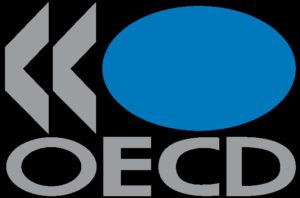 In 1976 a report published in West Germany revealed that the economic losses caused by friction & wear cost about DM 10 Billion per annum. In 1986 the development of the Atomic Force Microscope, the most versatile and powerful microscopy technology, enabled scientists to study & understand friction at the atomic scale. 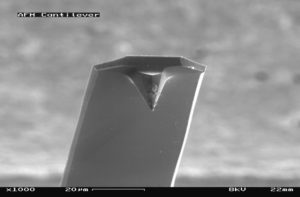 After 1980s development of bio-based lubricants generally made from a variety of vegetable oils, such as rapeseed, canola, sunflower, soybean and popularly known as bio-lubricant began. 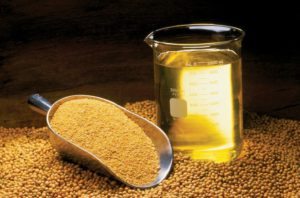 In the 1990s, development of Nanotribolgy (branch of tribology that studies friction, wear, adhesion and lubrication phenomena at the nanoscale) and Biotribology (the tribological phenomena occurring in either the human body or in animals) began. 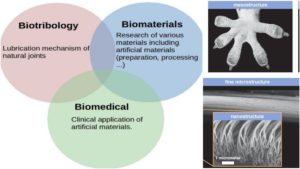 Tribology continues to grow in importance to modern society, especially as green tribology emerges in response to the growing environmental crisis.