The lubrication in any regimes at the contact interface of any mechanical components is very important because they are capable of controlling the tribological properties such as friction and wear of the interacting surfaces. The boundary lubrication regime is very critical in comparison to the other lubricated regimes because it governs the life of many mechanical components subjected to wear. The boundary lubrication at the roller bearing contact is shown in the Fig-1. 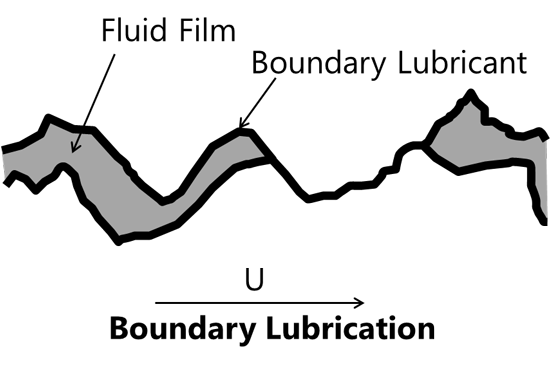 There are various factors that affect the formation of boundary lubricated regimes which include the properties of the surface structures and their compositions, lubricants properties, etc which will be discussed in this section.

Surface structures and compositions: Materials undergo various manufacturing or fabrication stages before they are used in particular applications. There are contaminations in these stages which might affect the surfaces resulting in changes in the bonding structures or chemical compositions. Surface energy is another important factor that might affect the hardness which in turn affects the friction. Also, surface stresses produced during the deformation of the chemical bonds on the surfaces also affect the surface properties. All these factors are very important to be considered to study boundary-lubricated conditions [4]. 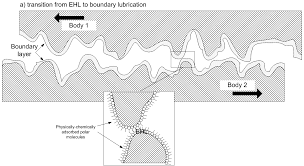 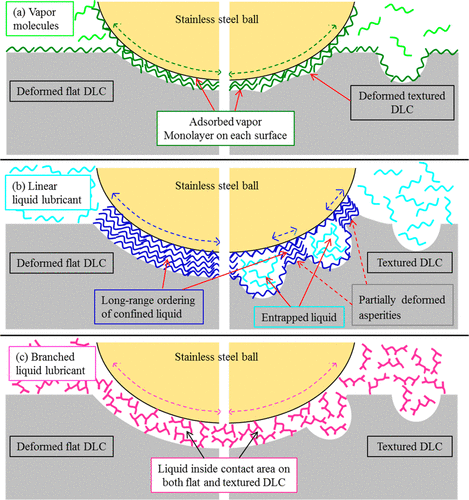 Physical properties: There are several mechanisms to understand the functions of the boundary lubricating films which include the sacrificial layers, friction modifying layer, low shear interlayer, shear resistant layer, etc. In the case of the sacrificial layer, the theory is based on the fact that the reaction and product layers are weakly bonded which can be removed easily. This provides lower shear interfacial rubbing. Similarly, the other surface layers and their mechanisms are based on different physical aspects at the surface interface in the boundary-lubricated regime [8]. The different types of force distribution at the boundary lubrication are shown in the Fig-5. 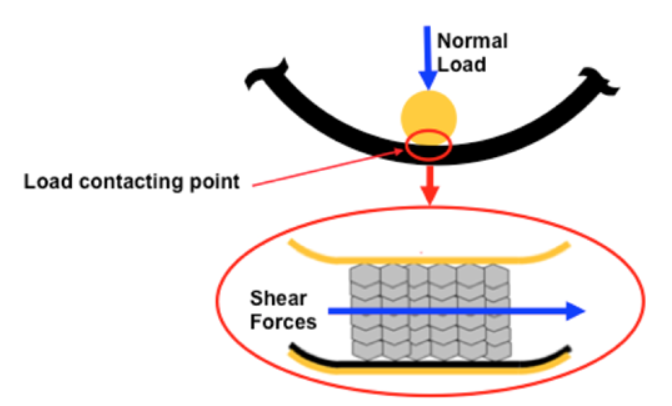