Fretting wear is a type of wear that is caused due to many cycles of the short amplitude reciprocating sliding movement at the interface of the material. The fretting wear causes severe damage causing material disintegration and surface fatigue. The wear mechanism is unique which is neglected mostly. In case of significantly fewer sliding conditions the wear is comparatively less, however, at a certain point, the sliding is sufficient to affect the microscopic changes on the surface due to changes in normal and tangential loads, these changes cause fretting wear [1]. The schematic figure of fretting wear and the stress distribution in the interface is shown in the Fig- 1.

Fig-1 The micrograph of the fretting wear on Ti-Al-V material [2].

The fretting wear is mainly because of the repeated cyclic failure on the surface when the surface is at reciprocating sliding conditions. The mechanism of fretting on a surface can be explained by three steps.

The characteristics of the fretting wear:

The fretting wear is characterised by various factors influencing the material disintegration and the severe fretting fatigue on the surface. The factors such as the slip amplitude, contact load and frequency at the interface are the most vital factors that would affect the wear rate in the fretting conditions. This factors are discussed individually in this section. 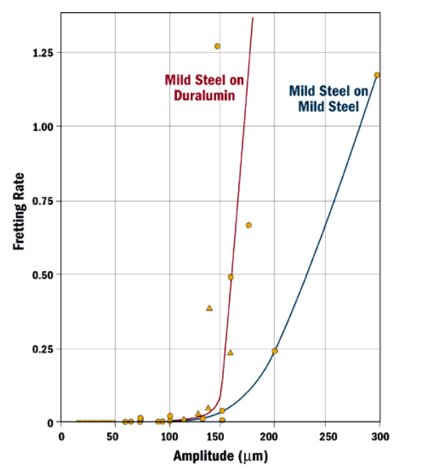 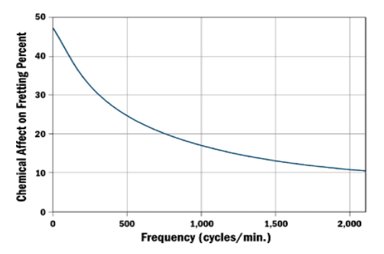 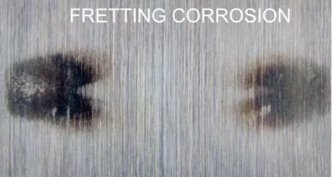 Fig-6 The fretting corrosion on the material [6] 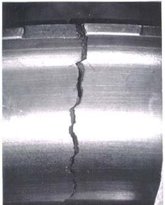 Fig-7 The fretting fatigue on the material [6]