Infrared (IR) spectroscopy deals with the infrared region of the electromagnetic spectrum, i.e., light having a longer wavelength and a lower frequency than visible light. Infrared light was discovered in the 19th century which led to the use of infrared lights in various applications.

Infrared Spectroscopy is a technique for analyzing the interaction of molecules with infrared light. The range of Infrared region is 12800 ~ 10 cm-1 and can be divided into near-infrared region (12800 ~ 4000 cm-1), mid-infrared region (4000 ~ 200 cm-1) and far-infrared region (50 ~ 1000 cm-1). The concept of IR spectroscopy can be generally analyzed in three different ways first one by measuring reflection, second by emission, and third by absorption. The major use of infrared spectroscopy is to determine the functional groups of molecules, relevant to both organic and inorganic chemistry An IR spectrum is essentially a graph plotted with the frequency or wavelength on the X-axis and infrared light absorbed on the Y-axis. An illustration highlighting the different regions that light can be classified into is shown in Fig-1. IR Spectroscopy detects frequencies of infrared light that are absorbed by a molecule and this absorption takes place due to the ability of molecular bonds that are corresponding to the specific frequency [1]. 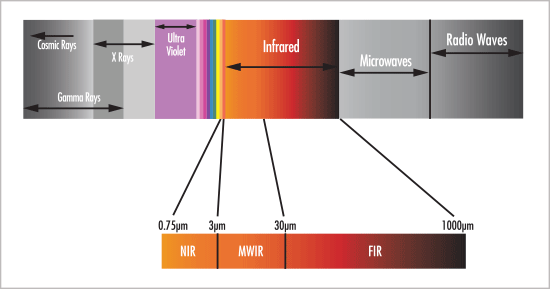 Infrared absorption spectroscopy is the method to determine the structures of molecules with the molecule’s characteristic absorption of infrared radiation. The infrared spectrum is nothing but a molecular vibrational spectrum that when exposed to infrared radiation; sample molecules selectively absorb radiation of specific wavelengths causing a change in the dipole moment of sample molecules. Consequently, the vibrational energy levels of sample molecules are transferred from the ground state to the excited state. The frequency of the absorption peak in the molecules is determined by the vibrational energy gap. The number of absorption peaks is related to the number of vibrational freedoms of the molecule and the intensity of absorption peaks is related to the change of dipole moment corresponding to the possibility of the transition of energy levels [3]. Therefore, analyzing the infrared spectrum helps in obtaining the various structural information of a molecule. The different IR absorption spectrometer setups are shown in the Fig-2. 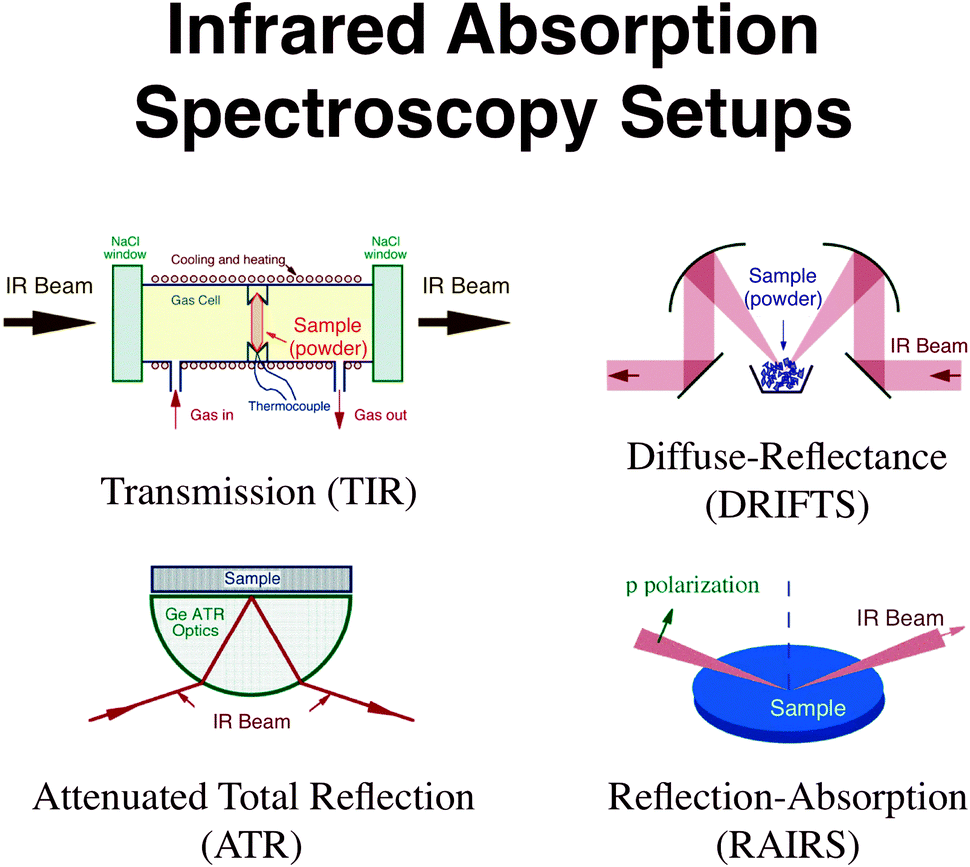 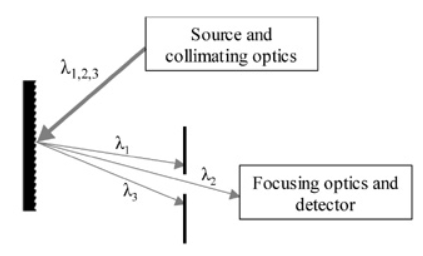 Monochromator: The monochromator is a device that is used to disperse or separate a broad spectrum of IR radiation into individual narrow IR frequencies. After the incident radiation travels through the sample species, the emitted wavefront of radiation is dispersed by a monochromator (gratings and slits) into its component frequencies. A combination of prisms or gratings with variable-slit mechanisms, mirrors, and filters comprise the dispersive system. Narrower slits give better resolution by distinguishing more closely spaced frequencies of radiation and wider slits allow more light to reach the detector and provide better system sensitivity. The emitted wavefront beam (analog spectral output) hits the detector and generates an electrical signal as a response.

Detectors: Detectors are devices that are used to convert the analog spectral output into an electrical signal. These electrical signals are further processed by the computer using a mathematical algorithm into a final spectrum. The detectors that are used in IR spectrometers can be classified as either photon/quantum detectors or thermal detectors. It is the absorption of IR radiation by the sample, producing a change in IR radiation intensity, which gets detected as an off-null signal (e.g. different from the reference signal). This change is translated into the recorder response through the actions of synchronous motors. Each frequency that passes through the sample is measured individually by the detector which consequently slows the process of scanning the entire IR region.

[4] Zaera, F., 2014. New advances in the use of infrared absorption spectroscopy for the characterization of heterogeneous catalytic reactions. Chemical Society Reviews, 43(22), pp.7624-7663.