Profilometry is a technique that is used to obtain topographical data from surfaces. The data drawn can be either single point, line scan, or three-dimensional data. The topographical characteristics of the surface such as the surface morphology, step heights, and surface roughness can be obtained from the profilometry study. This can be performed using a physical probe or a light source. The optical profilometer image by Zygo instruments is shown in Fig-1. 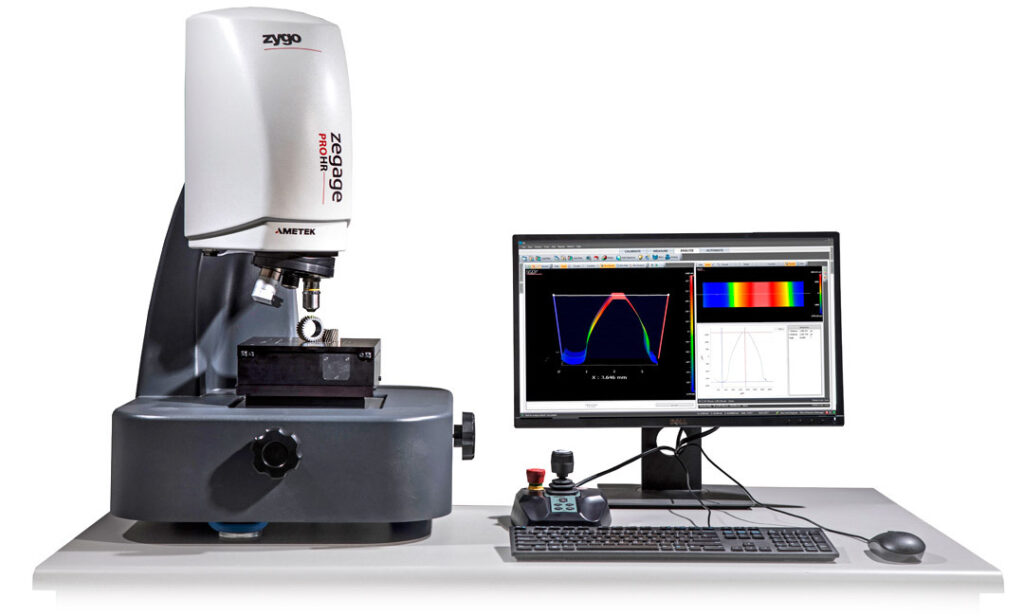 Fig-1 The optical profilometer instrument with control system by Zygo [1].

Optical profilometry is a technique used for the topographical study of the materials surface which works on the principle of light instead of the physical probe in determining the data. The main feature of this technique is directing the light source to detect the three-dimensional data of the surface. There are different ways of optical techniques used such as optical interference, focus and phase detection, confocal aperture detection, pattern projection, and optical imaging technique.

The working principle of optical profilometry is a non-destructive, non-contact surface analysis technique. The optical profilometer is a type of microscope in which the light source is used to analyze the topography of the surface. The light from the profiler lamp splits into two paths by a beam splitter where one path is directed towards the surface and the other path is directed towards the reference mirror. The reflections from these two paths are recombined and are projected onto an array detector, the difference in the path of recombined beams is on the order of a few wavelengths which leads to less interference. The vertical resolution can be obtained in the order of several angstroms and the lateral resolution depends on the objective and ranges from 0.3-8 microns [2]. The working principle of the optical profilometer is shown in the Fig-2. 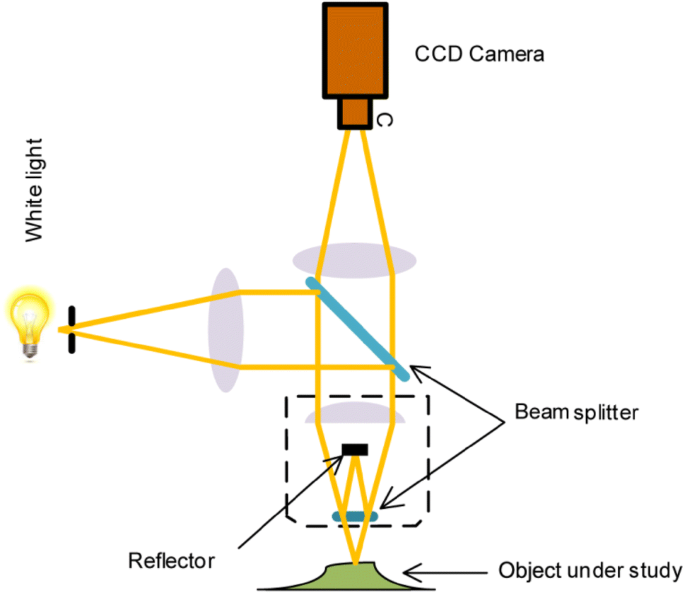 The profilometer performance is very important in order to analyze the surface topography properly hence the essential factors to be considered are [4]: 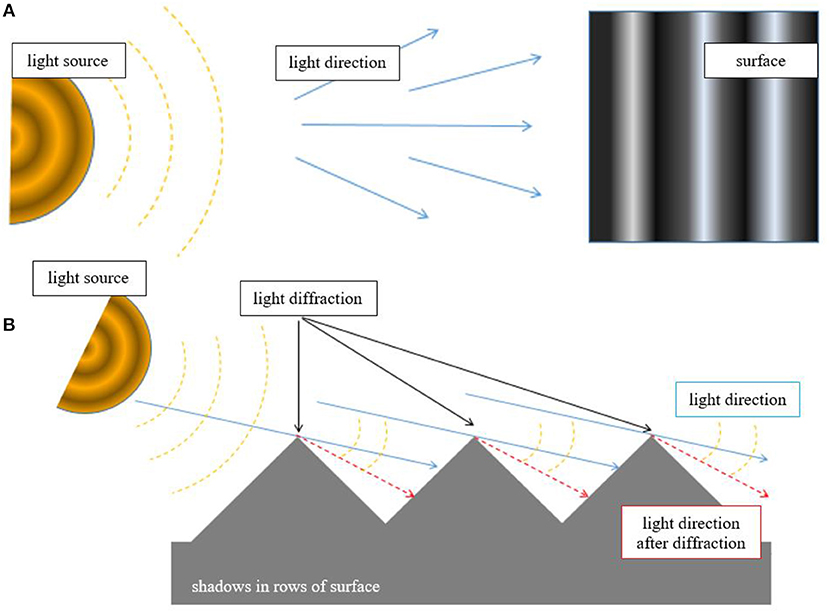 The optical profilometer works on the principle of non-contact mode where the light source is used to analyze the materials surface hence true imaging is possible where area measurements can be obtained. The data acquisition in this technique is high-speed compared to that of the contact mode and also it can be obtained for larger areas. This method is a non-destructive technique that does not damage the sample and hence the sample can be used for further analysis. The critical dimensional measurements can be obtained in this technique where the x, y and z coordinates can be measured, which helps obtain the three-dimensional surface data.

An optical profilometer is a comparatively large instrument that consists of a light source, image sensors, and an optical lens. The surfaces that must be analyzed using the optical profilometer should be reflective in nature, however, the measurements on the on-reflective surfaces and the highly reflective surfaces are very challenging. The material samples should be clean and free from the contaminants such as water, dirt, and oil hence the sample preparation is very important in this technique.

The optical profilometer is researched widely in various applications and it is one of the most convenient techniques that is used to analyze the surface topography of the material. In a comparative study on surface roughness measurements using stylus profiler, optical profilometer, and AFM; Chin. Y. Poon et.al., studied the effects of stylus size, scan size, and sampling interval and concluded that AFM is the best surface roughness measurement technique [6]. James C. Wyant studied the characterization of magnetic media using an optical profilometer. Where the system of standard reflection microscope with Mirau interferometer controlled piezoelectric transducer was used. The high degree precision images of the optical height variation surfaces were obtained [7].