Most ships are driven by the engine-shaft-propeller arrangement shown in Figure 1. The stern tube is a metal tube welded to the hull of the ship connecting the engine chamber and the outside of the ship. The shaft driving the propeller and later transmitting its thrust to the hull goes through the stern tube. A couple of journal bearings are placed within the stern tube, carrying the weight of the shaft and the propeller while allowing rotation of the shaft. To decrease the frictional torque on the bearings the stern tube is flooded with lubricant so the bearings operate while fully immersed in oil. Finally, to ensure the lubricant stays within the stern tube, two sets of rotary lip seals are installed at each end of the tube, namely stern tube seals. The stern tube seal is one of the largest rotary lip seals, along with the seal used in hydropower turbines and wind turbines. 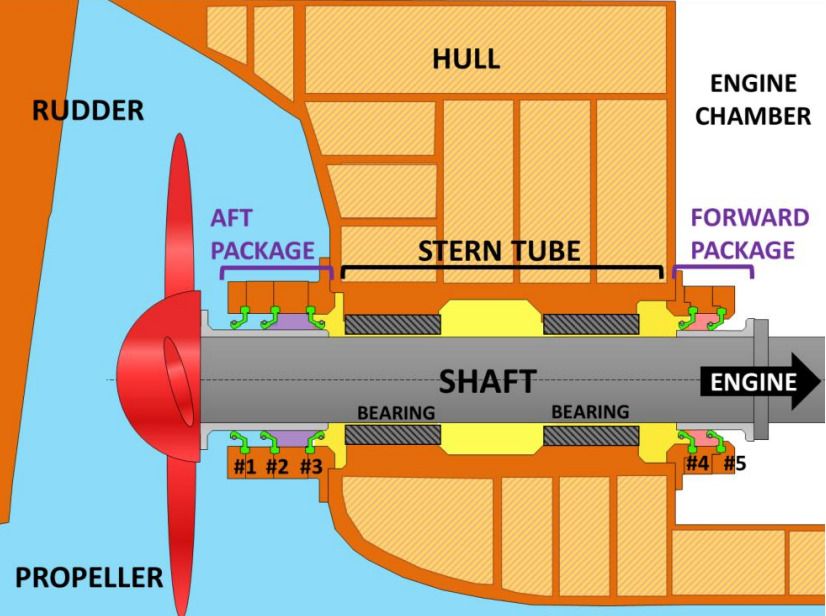 Figure 1. Disposition of the stern tube oil tanks in a ship.

The propeller of a ship is located below the sea water level, hydrostatically pressurizing the outermost sealing ring. Note that the draught of the ship varies between the loaded and unloaded situations impacting the operating conditions of the seal. Furthermore, the hydrostatic pressure at seal #1 oscillates with the sea waves [1]. To counteract the head of sea water on the outermost seal, the spaces between the stern tube seals are independently pressurized by a set of oil tanks, as shown in Figure 2. By filling each tank to a particular oil height the hydrostatic pressure at each space between seals can be set. The pressure difference over each seal differs from seal to seal according to its position (#1, #2, #3, #4 and #5 in Figure 1). The disposition of the oil tanks, together with the working pressures within the stern tube, is of relevance for the performance of the stern tube system. 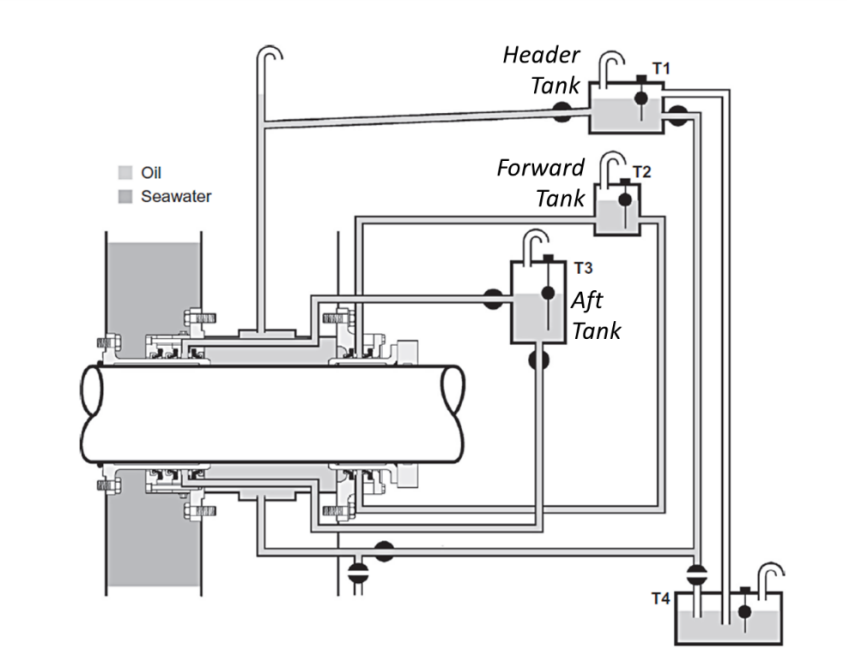 Figure 2. Disposition of the oil tanks feeding the chambers between the stern tube seals. Source: Wärtsilä.

Although various seal dispositions exist, the arrangement shown in Figure 1 and Figure 2 is the most common one. Seal #1 faces the water side and works as a dirt excluder. This outermost seal is rapidly worn out, hence seal #2 also faces the water. Seals #3 and #4 face seal the oil in the header tank, i.e. the oil lubricating the stern tube bearings. Ultimately, seal #5 prevents the leakage of the lubricant into the engine chamber. 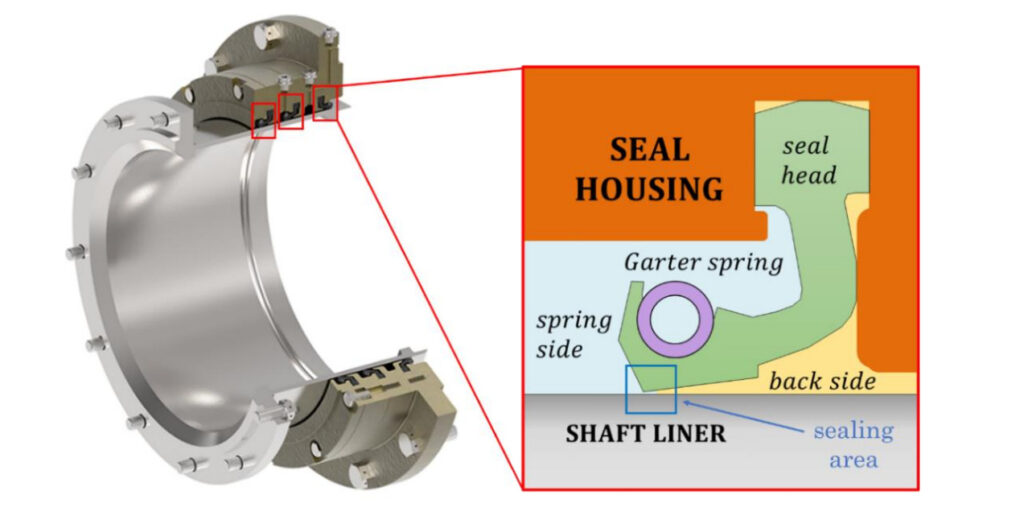 Typically, all the seals of a stern tube are of the same type, irrespective of their position. Additionally, some manufacturers use special compounds for the seals in contact with the sea water where lubrication is particularly difficult. The stern tube seals are mounted on the shaft liners, as shown in Figure 1 and Figure 2. This way, the shaft liner can be easily replaced when grooved or corroded, thus avoiding the disassembly of the shaft. Additionally, it is simpler to machine the shaft liners down to the required surface finish. Sometimes spacer parts are mounted between the housing rings and the hull, offsetting the position of the seal tip. This way, a fresh un-grooved surface is provided to the seal tip, allowing for an additional use of the shaft liner. To prevent disassembling the propeller when replacing the seals, stern tube seals are cut, mounted around the shaft and bonded. Using a specialized glue and a heating device the two cut surfaces are bonded together in such a way that the splitting line becomes almost unnoticeable. The life of stern tube seals usually spans two and five years depending on the operating conditions. However, to prevent costly unexpected failures while sailing the seals are replaced every time the ship is in dry dock. 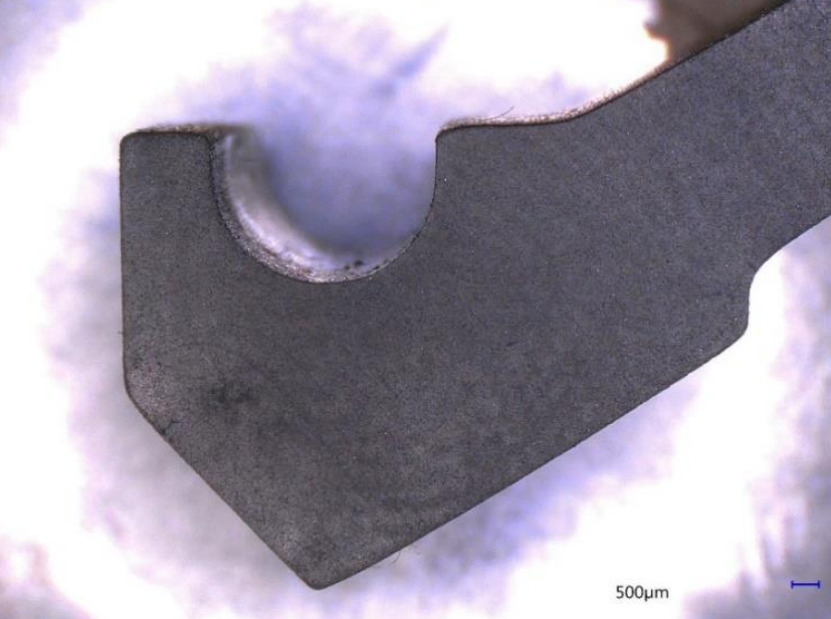 Stern tube seals are usually made of fluoroelastomer compounds, specifically FKM compounds (see Figure 4). This saturated elastomer, often referred to by its trademark Viton®, stands out for its temperature resistance and inertness. The high bonding energy between the carbon and the bulky fluorine atoms shields the polymer back bond from chemical attacks. The inherent polarity resulting from bonding carbon and fluorine molecules makes fluoroelastomers extremely resistant to mineral oils and fats, i.e. non-polar media. Stern tube seals are generally manufactured via compression moulding although they can also be extruded. These production methods allow the manufacturing of complex geometries, decreasing the amount of tooling required.

It is worth mentioning that rotary lip seals are not suitable for separating two liquids from each other. Therefore, even when several lip seals are installed in line, some of the lubricant is continuously spilled to the ocean. Furthermore, the loss of stern tube lubricant is considered an inevitable part of the normal operation of a ship [2]. Hence the lubricant tanks are periodically refilled to compensate for the amount of oil spilled to the ocean. The leakage of stern tube lubricant to the environment depends on elements such as seal design, vessel type, draught, shaft diameter and ship condition. As an example, the stern tubes of barge carriers, tankers and navy ships “consume” (i.e. spill) between 10 and 20 litres per day [2]. To the best of the author’s knowledge, there is no standard method for predicting the flow rate resulting from a particular stern tube arrangement.