The microscopic techniques for analyzing and characterizing materials have been developed and researched over the decades. The specifications of the microscopes such as the magnification and resolutions vary from one microscope to another which affects the type of applications it can be used. A transmission electron microscope (TEM) is one of the most powerful microscopes with respect to its magnification and resolution, it is applied in a wide range of applications and can be utilized in a variety of different scientific, educational, and industrial fields. image of the Hi-tech TEM is shown in Fig-1 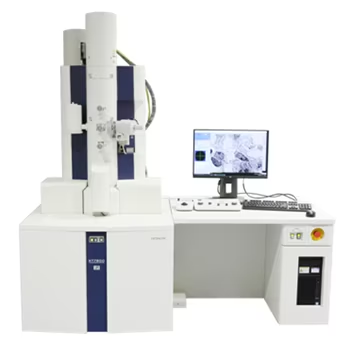 TEM is the technique where an electron beam is transmitted through an ultra-thin specimen (100nm) which interacts with the specimen as the electron passes through it. The two important features of the TEM are its high lateral spatial resolution and its capability to provide both the image and the diffraction of the sample. This technique is used to obtain the full morphological, crystallographic, atomic structural, microanalytical (chemical composition, bonding), electronic structure, and coordination number from the samples. The schematic representation of TEM is shown in Fig-2. 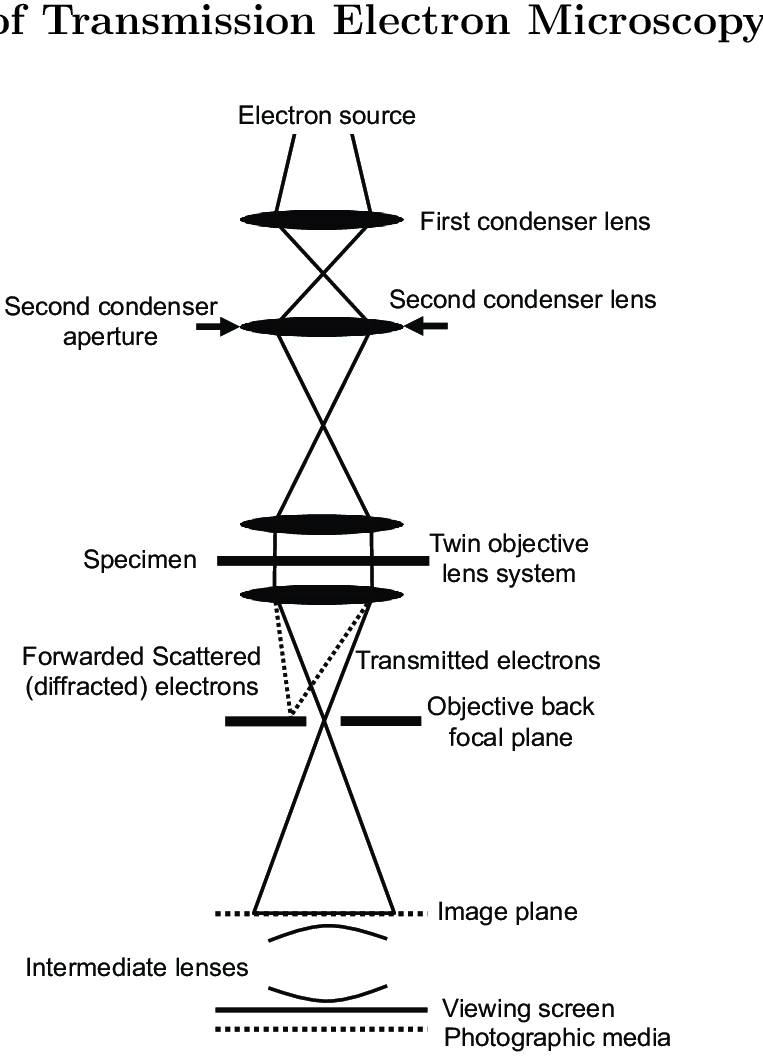 The TEM works with a high voltage electron beam to create the image, where the electron gun is placed at the top which produces the electron that travels through the vacuum tube. The electromagnetic lens is used to focus the fine beam of electrons that passes through the ultra-thin specimen. The transmitted electrons get hit on the fluorescent screen which is present at the bottom of the microscope. The image of the specimen with its assorted parts appears on the screen which is based on its density. The obtained image can be directly studied or also photographed. The schema representation of the TEM working principle is shown in Fig-3. 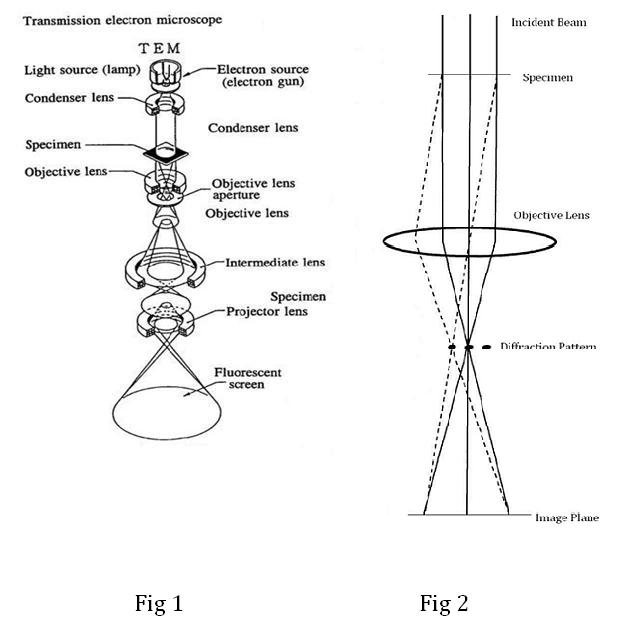 Fig-3 Schematic representation of the working principle of TEM [3]

The main components of the TEM include a vacuum system, specimen stage, electron gun, electron lens, and apertures.

The comparison of the Scanning electron microscope (SEM) and TEM is very important because both are very important microscopic techniques which have their own advantages and disadvantages. The electron beam in case of TEM is broad and static whereas in SEM it’s is focused to a fine point and scan over specimen. The path of electron in TEM passes through the specimens and in case of SEM it scans over the surface of the specimen. The specimens in case of TEM is very thin and in SEM they can be thick, the image formation in TEM is collectively focused by the objective lens and magnified to create the real image however, in SEM the electron beam is scanned over the surface of the specimen constructing the image. The display of the image in TEM is obtained on the fluorescent screen whereas in case of SEM it is on the to monitor. 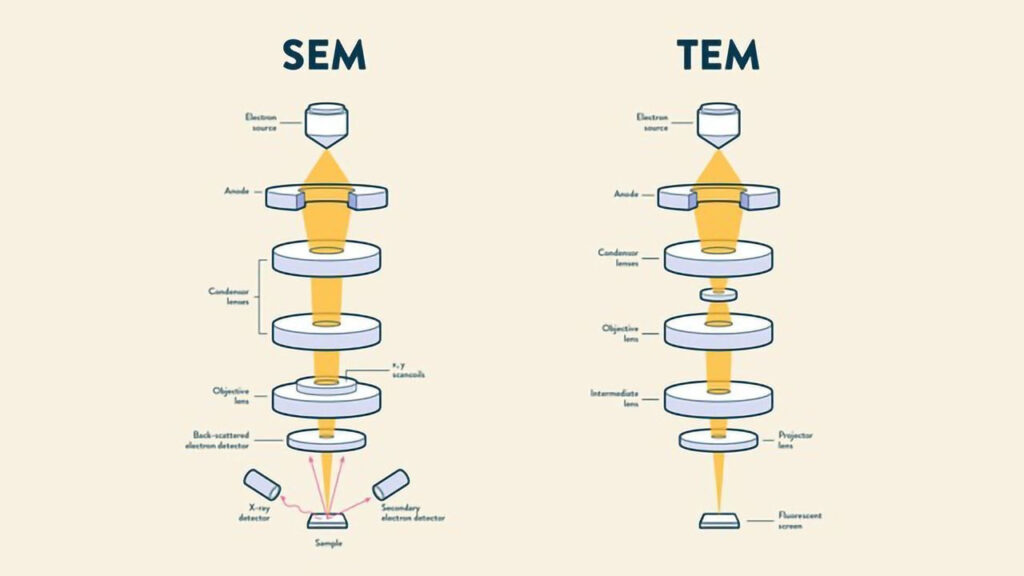 The advantages of the TEM include that they are very powerful microscopes with high magnification resolution. They have a wide range of applications and provide information on elements and compound structures. The images are high quality and detailed with chemical Information with analytical attachments.

The disadvantage of the TEM is that they are very large and expensive setups, which need tedious sample preparation. The operation and analysis require special training and the samples are limited to small sizes and must be electron transparent. They require special housing and maintenance and the images obtained are black and white.