By living through a global pandemic for over a year now, we are in a no better position to understand the impact of natural disasters and its effects upon us as a human race than ever before. Talking about natural calamities, earthquakes can be considered to be on the top side of the list considering the fatalities and casualties it can cause after its occurrence. This gives us a good enough reason to study and understand the reason and the nature of this calamity.

In this research done by a group of six researchers from different universities in Italy and Spain, the main focus was on measuring the temperature evolution during seismic slip. Optical fibers are used for measurement to overcome the inaccuracy caused due to lack of proper spatial and temporal resolution in any other methods currently under practice. This experiment is conducted on Carrara marble rock (99 wt. % calcite, 1 wt. % quartz). The rock is in the form of a machined hollow cylinder, subjected to a normal stress of 20 MPa and sheared at 0.3 to 6 m/s with a total displacement of 20m. The acquisition rate and spatial resolution while conducting this experiment are 1 kHz and ~40 μm respectively.

During earthquakes energy is radiated in the form of elastic waves due to the difference in the elastic strain energy released at the fault region and the energy dissipated within it. The strength in fault rocks drops when compared to its vicinity due to the sliding of rocks. This generates mechanical energy, that is dissipated in the form of heat due to the role of friction, consequently increasing the temperature at the region. This kind of heat conduction is inefficient, because rocks generally have low thermal diffusivity. And this further decreases with increase in temperature. Due to the inability to dissipate heat efficiently the strength of the rock decreases drastically. This phenomenon is called Dynamic weakening, which can be even worse in few kinds of rocks like feldspars and biotite because of frictional melting caused due to phase changes and chemical reactions. In general, the amount of dynamic weakening depends on the chemical composition and the magnitude of temperature increase. This will directly affect the magnitude of earthquake rupture propagation. This gives us good understanding about how important is the effect of temperature raise in an earthquake, which is caused by friction.

As of now, the experimental methods used to evaluate temperature were not effective. Even with the use of thermocouples (because of their limitations in measuring localized and fast-growing changes in temperature). Infrared cameras also underperformed because of their limited spatial resolution of 0.3mm. This justifies the use of fiber-optic pyrometer in this experiment, which gave an increased temperature value of 1250 °c which is 300°c – 400°c more when compared to measurements done with thermocouples, IR cameras and numerical models. 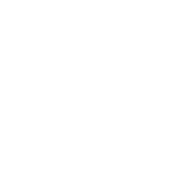 Fig 1: Top view of shearing surface of the rock sample

The correlation between friction and temperature are closely observed in the due course of these experiments. The coefficient of friction is computed as the ratio of shear strength of the slip zone by applied normal stress. When the slip is 0.5 m the peak value of friction observe is 0.54 ∓ 0.13. This value dipped down with the increase in the value of velocity. The comparison of these parameters is given below in the form of graphs.

Fig 2: Comparison between co-efficient of friction and temperature

Though we have numerous factors determining the initiation and propagation of earthquakes, by the results of this experiment it is understood that the role of friction is important and certainly not limited but on the other hand, is crucial to have an in-depth understanding in the determination of  temperature evolution during the seismic slip.