The optimization of lubricated rolling contacts with regard to friction and wear is an engineering challenge due to the complex mechanical, chemical and thermal stresses in the surface near area. Calculation models are used to predict the contact pressure, hydrodynamics, friction, wear rate and ultimately the life time of the component. The validation of these models is complex. The example of the design of the scuffing load capacity of gears according to ISO 14635-1 clearly shows the importance that the calculated contact temperature can have for the design of tribosystems.

As part of the research project FVA 789 I of the Research Association for Power Transmission Engineering (FVA), a thin-film sensor was developed for operation in fluid film and mixed lubrication, which can be used to measure the friction-induced temperature increase in the rolling contact. The sensor consists of an insulation layer, the actual sensor layer, and a wear protection layer. The performance of the sensor was demonstrated in twin disk tests (see Figure 1 and Figure 2). 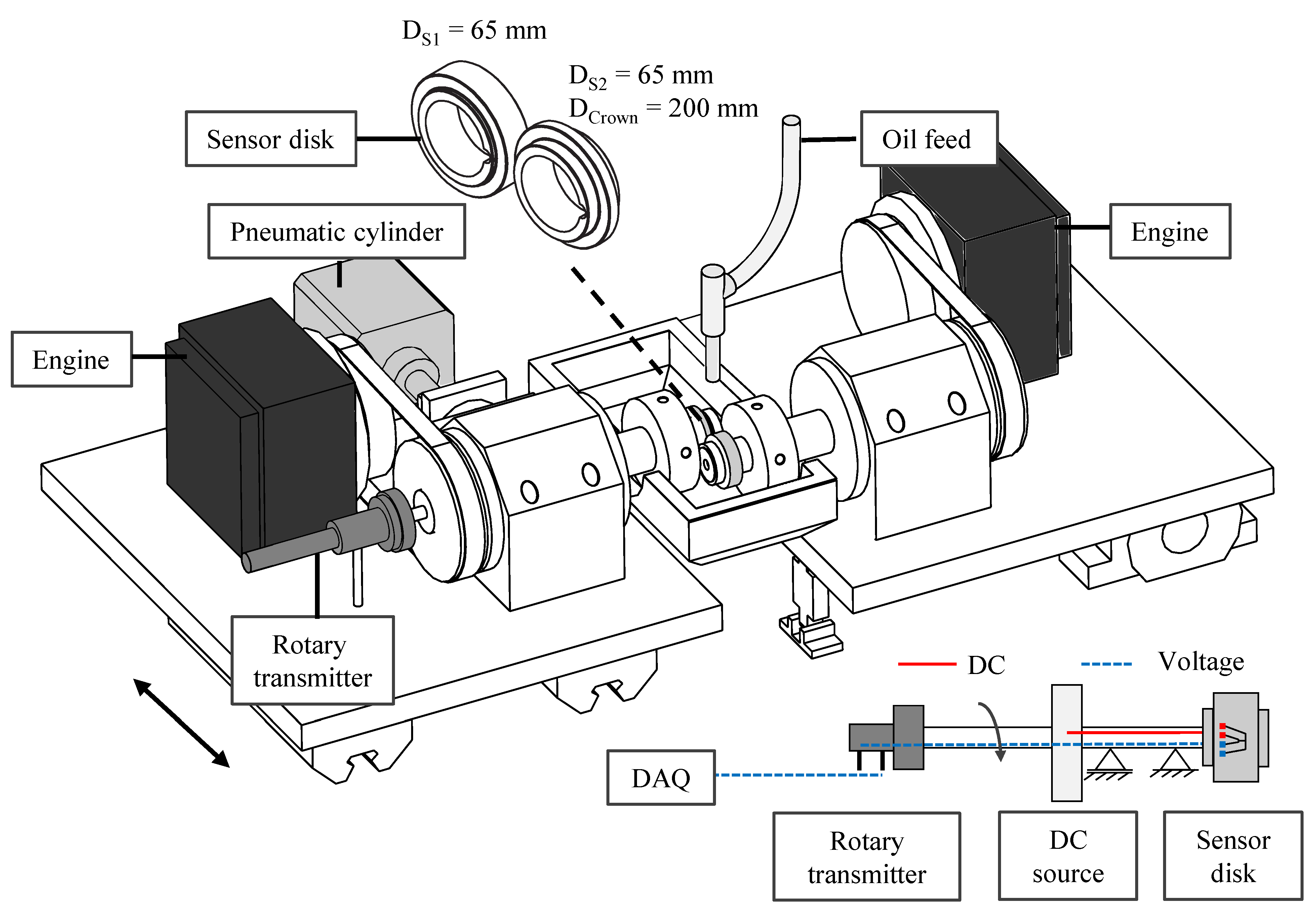 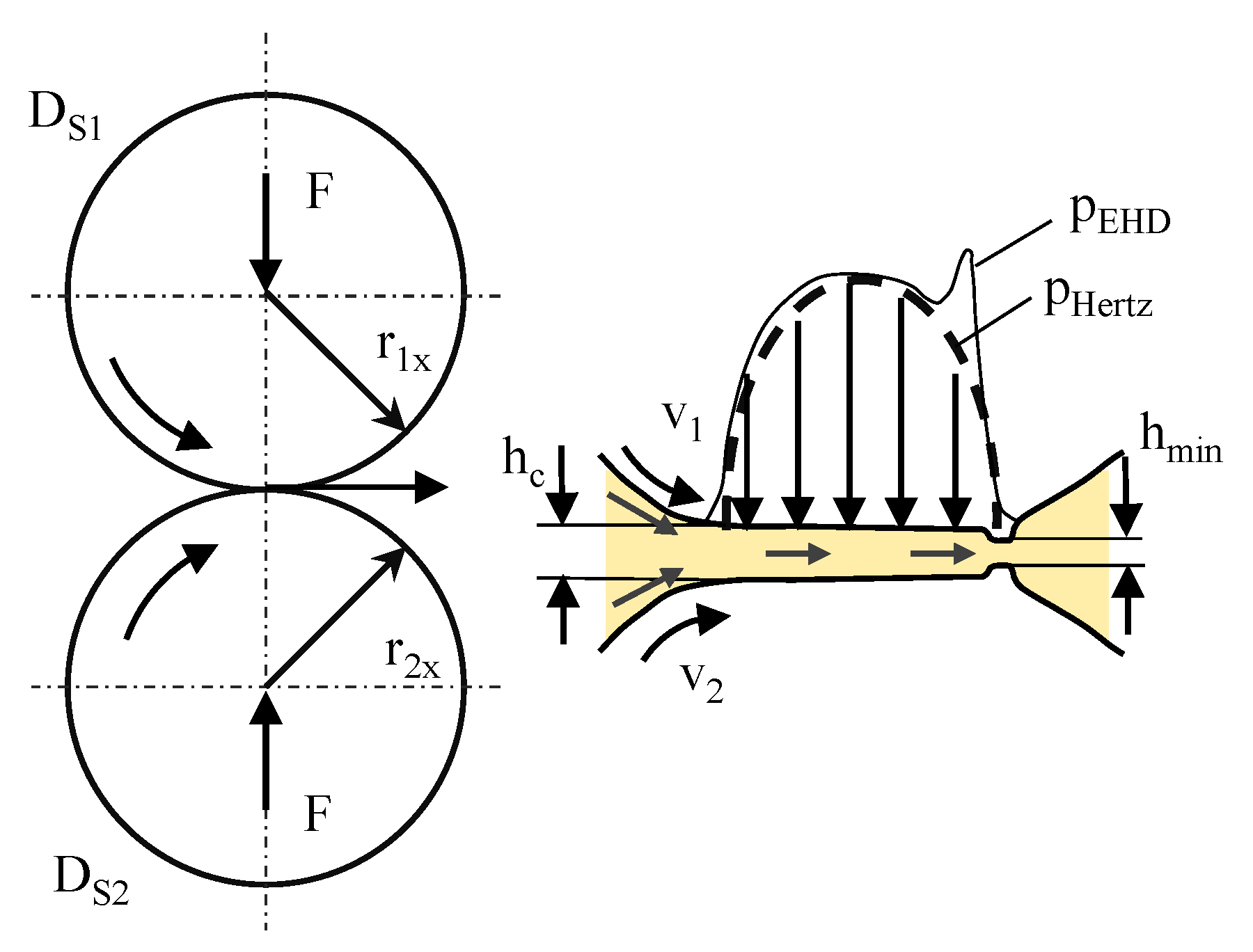 The thin-film sensor presented in this publication provides temperature measurements of the loaded contact and hence the well-being of a machine component can be assessed before a drastic failure occurs. Additionally, the calculation models can be validated using this novel sensor increasing their reliability. The results presented show that the temperature rise in rolling contacts can be determined with a high local resolution under mixed lubrication regime and high surface pressures (see Figure 3, Figure 4 and Figure 5). 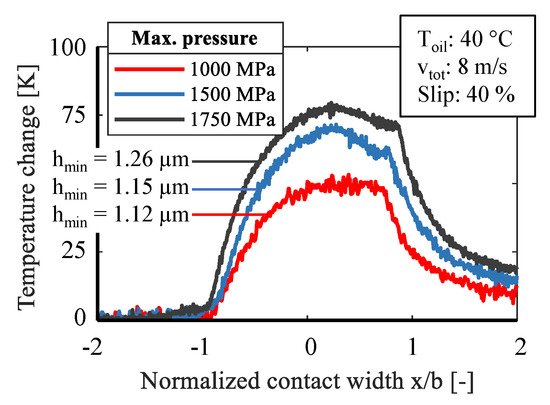 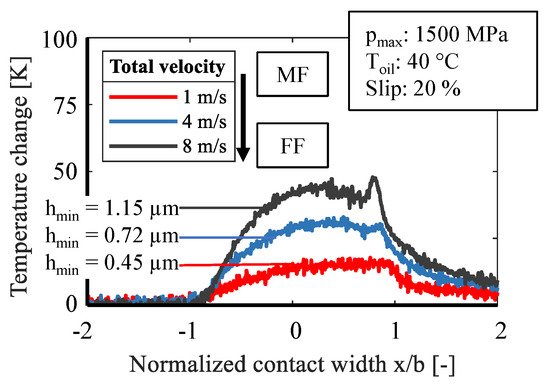 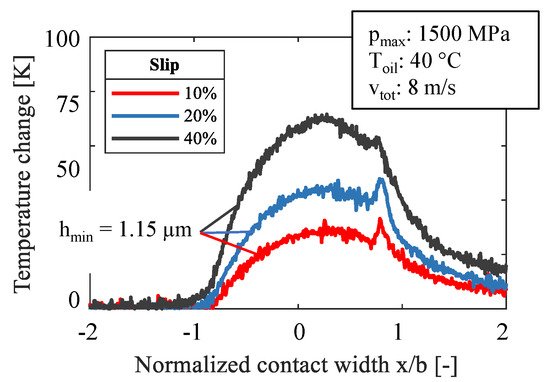 In the current research project FVA 789 II, the sensor is being extended to include measurement of the fluid film thickness and the contact pressure. Further information on the thin-film sensor can be found in this scientific publication.