Based on the application we have several types of friction such as fluid friction, lubricated friction, skin friction. In a viscous fluid the relative motion between the layers of a fluid causes fluid friction. If there is presence of lubricant between two bodies then it can lead to lubricated friction. The force which resists the fluid motion across the biological body’s surface is skin friction [1,2,3]. Fig-1 depicts that friction is a force that resists an object’s motion, causing it to slow and halt.

Amonton’s laws of friction are categorized as the classical version of friction laws which have highly been accepted by the engineers dealing with friction [4]. Guillaume Amontons has earned his name in the field of physics and chemistry as a physicist and inventor of instruments. He is also accredited as the pioneer theorist who studied the concept of friction in detail and presented laws of friction. In the field of tribology, Da Vinci, Amontons and Desanguliers along with Euler and Coulomb are recognized as researchers, who not only contributed to the theoretical dimension of the tribology field but also provided the analytical and practical version of the concepts which form the foundation of the modern tribology [5].

Many of the fundamental rules of friction, like the proportionality between normal and limiting friction forces, are believed to have been formulated by Leonardo da Vinci [6]. For generations, however, the study of friction and wear remained mired in obscurity, with only speculative theories to explain the fundamental mechanics. Laws of friction were being rediscovered in the year 1699 which were first introduced by Leonardo Vinci. Despite facing a lot of scepticism, Coulomb analysed and verified these laws in the year 1781 [4]. Understanding the physical principles underlying friction was a key area of research in the 20thcentury. Frank Philip Bowden and David Tabor demonstrated that the real contact area among surfaces is indeed a very small proportion of the apparent contact area at a microscopic scale [7].

3. The five laws of friction:

3.1 The first law of Amonton’s states that for any object which is under motion the friction is proportionate and perpendicular to normal load.

The friction force rises proportionately as the normal force increases. This is the reason why pushing heavy items is more difficult than pushing light objects. The below figure (Fig-2) depicts that the normal force acting on the object is equivalent to its weight if it is lying on a horizontal surface. 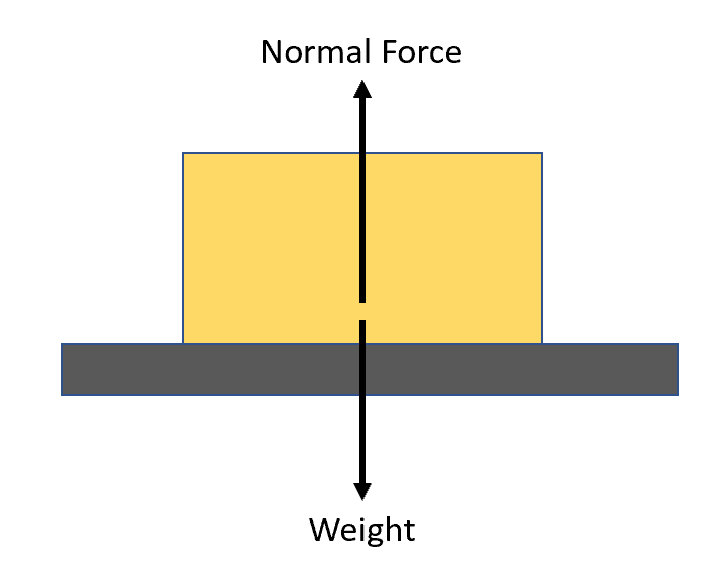 3.2 Amonton’s second law states that friction of an object is determined by the characteristics of the surface it comes into contact with.

3.3 Friction exists regardless of the area of contact as long as there is one.

Consider 2 objects of same weight lying on the ground as shown in Fig-3. The increase in contact area is countered by a comparable drop in pressure for objects of the same mass i.e., 50N. As a result, regardless of the object’s contact area, the frictional force will stay constant. 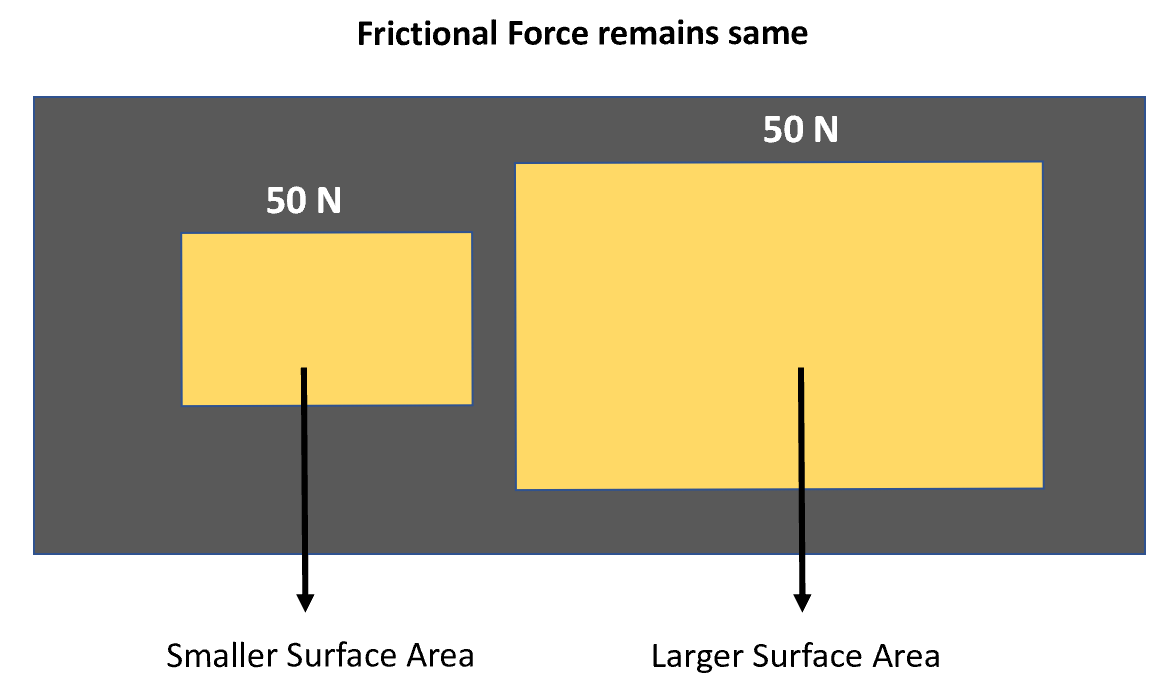 For 2 bodies which are in contact the friction laws are elucidated as:

4. Limitations of Laws of friction:

Laws of friction have gained some importance in the modern world in order to solve many tribological and engineering problems [4]. The limitations of laws of friction are that with the development of nanotribology field, the validity of Amonton’s laws is questioned [8]. Many researchers reported failure of the laws at nanoscale and new models are being develop to help engineers in solving various problems.