Tribology Wikipedia > What is Lubrication?

Lubrication can be defined as the application of some materials between two objects moving relative to each other to allow smooth operation as much as necessary. Either oil or grease is used for rolling bearings to prevent noise, wear and tear, and heat from being generated from their rolling and sliding movements, and in some special cases, solid lubricants are occasionally used. The amounts and kinds of lubricants for rolling bearings are determined depending on operation speed, temperature, and surrounding condition, and so on. Because lubricants have spent their service-life or polluted with foreign materials, they cannot serve their function well hence they have to be periodically replaced or oiled. 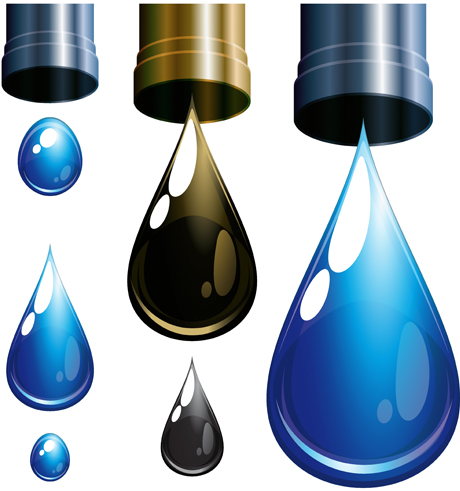 The main purposes of lubrication are the following:

In all types of machines, the surfaces of moving or sliding or rolling parts rub against each other. Due to the mutual rubbing of one part against another, a resistance is offered to their movement. This resistance is known as friction. It causes a lot of wear and tear of surfaces of moving parts. Any substance introduced between two moving/sliding surfaces with a view to reduce the friction (or frictional resistance) between them, is known as a lubricant. The main purpose of a lubricant is to keep the moving/sliding surfaces apart, so that friction and consequent destruction of material is minimized. The process of reducing friction between moving/sliding surfaces, by the introduction of lubricants in between them, is called lubrication.

In this, moving/sliding surfaces are separated from each other by a thick film of fluid, so that direct surface to surface contact and welding of junctions does not occur. The lubricant film covers/fills the irregularities of moving/sliding surfaces and forms a thick layer between them, so that there is no direct contact between the material surfaces. This consequently reduces friction. The lubricant chosen should have the minimum viscosity (to reduce the internal resistance between the particles of the lubricant) under working conditions and at the same time, it should remain in place and separate the surfaces. Hydrocarbon oils (mineral oils which are lower molecular weight hydrocarbons with about 12 to 50 carbon atoms) are considered to be satisfactory lubricants for thick-film lubrication. In order to maintain the viscosity of the oil in all seasons of year, ordinary hydrocarbon lubricants are blended with selected long chain polymers.

This type of lubrication is preferred where a continuous film of lubricant cannot persist. In such cases, the clearance space between the moving/sliding surfaces is lubricated by such a material which can get adsorbed on both the metallic surfaces by either physical or chemical forces. This adsorbed film helps to keep the metal surfaces away from each other at least up to the height of the peaks present on the surface. Vegetable and animal oils and their soaps can be used in this type of lubrication because they can get either physically adsorbed or chemically react into the metal surface to form a thin film of metallic soap which can act as lubricant. Although these oils have good oiliness, they suffer from the disadvantage that they will break down at high temperatures. On the other hand, mineral oils are thermally stable and by adding vegetable/animal oils to them, their oiliness can be brought up. Graphite and molybdenum disulphide are also popular choices for thin film lubrication.

When the moving/sliding surfaces are under very high pressure and speed, high local temperatures develop, liquid lubricants fail and may decompose and even vaporize. To meet these extreme pressure conditions, special additives are added to minerals oils. These are called extreme pressure (EP) additives. These additives form a film capable of withstanding very high loads and high temperatures on metal surfaces. Important additives are organic compounds having active radicals or groups such as chlorine (as in chlorinated esters), sulphur (as in sulphurized oils) or phosphorus (as in tricresylphosphate). These compounds, at sufficiently elevated temperatures, react with metallic surfaces to form metallic chlorides, sulphides or phosphides.

Lubricants are classified on the basis of their physical state, as follows;

A “grease” is a semi-solid lubricant obtained by combining a lubricating oil with a thickening agent. The lubricating oil is the principal component, and it can be either petroleum oil or a synthetic hydrocarbon of either low or high viscosity. The thickeners primarily consist of special soaps of Li, Na, Ca, Ba, Al, etc. Non-soap thickeners include carbon black, silica gel, polyureas and other synthetic polymers, clays, etc. Greases can support a much heavier load at low speeds than liquid lubricants. Compared to lubricating oils, greases cannot effectively dissipate heat from the bearings. 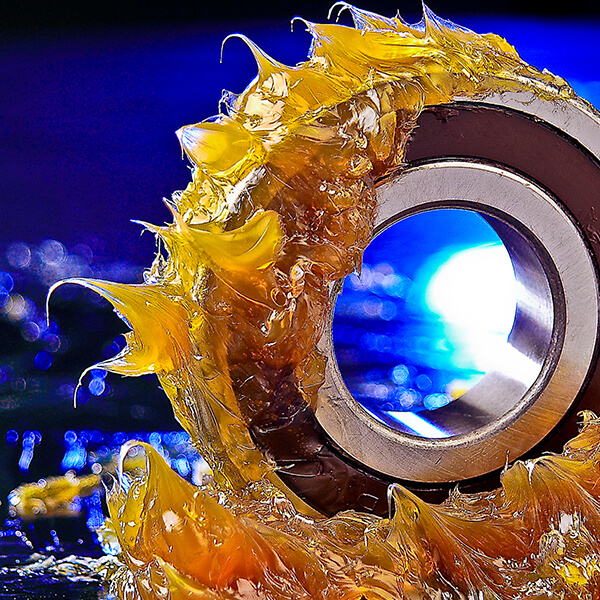 They are preferred where,

Solid lubricants are used either in dry powder form or with binders to make them effectively stick to the metal surfaces while in use. They are available as dispersions in non-volatile carriers like soaps, fats, waxes, etc and as soft metal films. The most common solid lubricants are graphite, molybdenum disulphide, tungsten disulphide and zinc oxide. They can withstand temperatures up to 650° C and can be applied in continuously operating situations. Solid lubricants are also often used as additives to mineral oils and greases. Other solid lubricants in use are soapstone (talc) and mica.

Graphite: It is the most widely used of all solid lubricants and it can be used either in powder or suspension form. It is soapy to touch; non-inflammable and stable up to a temperature of 375° C. Graphite has a flat plate like structure and the layers of graphite sheets are arranged one above the other and held together by weak Vander Waal’s forces. These parallel layers which can easily slide one over the other make graphite an effective lubricant. Additionally, graphite layers have the tendency to absorb oil and to be wetted by it.

Molybdenum Disulphide: It has a sandwich- like structure with a layer of molybdenum atoms in between two layers of sulphur atoms. Poor inter-laminar attraction helps these layers to slide over one another easily. It is stable up to a temperature of 400° C. 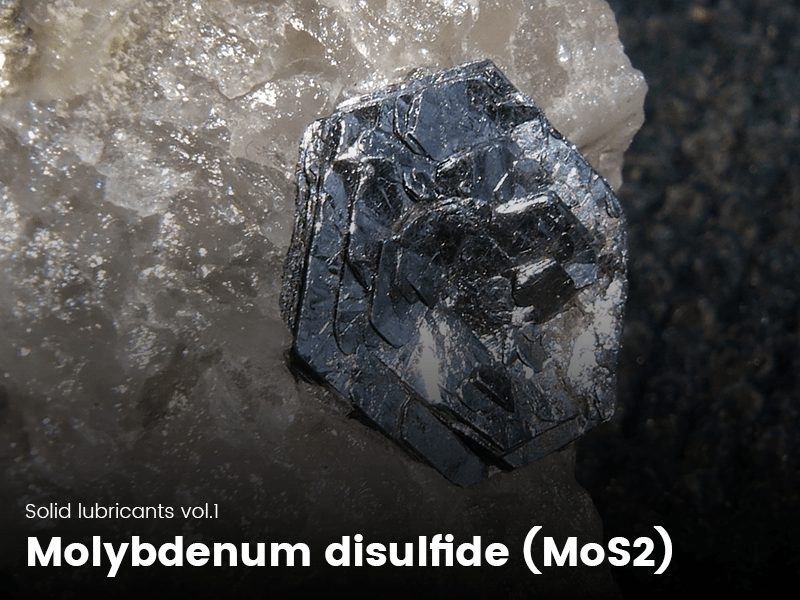 Essential requirements for a good lubricant