Electrodeposition is a technique used to protect m by depositing metallic ions on a surface [2]. Transfer of ions occur due to change in potential between cathode and anode. The immersed specimen eventually develops a coating layer by taking in ions from another electrode over time.   Research suggests that the substrate’s corrosion characteristics are greatly improved by the electrodeposited coatings. Additionally, it has been demonstrated that this method is effective in creating ultra-hydrophobic polymer coatings like polythiophene [3]. Electrolytic deposition and electrophoretic deposition are the two categories of electrodeposition technique. The electrophoretic deposition is a technique where the colloidal particles suspended in a liquid medium migrate under the influence of an electric field and are deposited onto an electrode whereas electrolytic deposition is a process of coating thin layer of one metal on top of different metal to modify its surface properties. 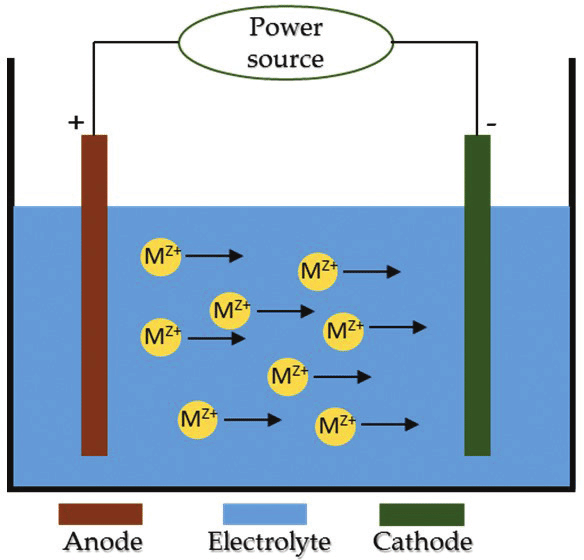 The term “thermal spray coating” refers to a group of procedures where materials are melted using plasma, chemical or electric heat source, and the melted materials are then sprayed onto the surface to create a protective coating. The corrosion and wear resistance coatings obtained from this technique are very reliable. In this technique, the components are heated to a molten or semi-solid state and then sprayed on to the substrate with a high-speed jet. The thickness attained with this process can be anywhere between 20 µm and several millimetres, which is substantially higher than the thickness provided by PVD, CVD, or electroplating processes [5-6].

Films as thin as 0 o 20 micrometers can be produced using the PVD process. Physical evaporation of the material or plasma sputtering are two methods for the ionisation process. In the physical evaporation method, the material is initially evaporated at elevated temperatures between 1000 and 2000 °C before being condensed in a high pressure vacuum atmosphere whereas in the plasma sputtering technique,accelerated ions strike a substance’s surface, and the coating ions are expelled from the surface and dropped onto the target surface. Since the substance ions have a higher velocity, using this approach permits high adhesion in-between base material and the coated surface. Ionized argon gas in an argon environment is used, where ions are accelerated and ejected off the surface [8]. 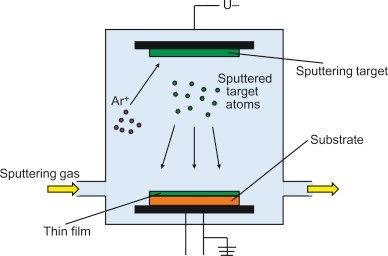 In CVD process, the gaseous phase of the required material is condensed onto the surface of the target. During the CVD process high temperature heating of substrate is done due to which the selection of materials is limited since it only works with materials that have high melting points. The reaction chamber consisting of target material is now introduced with the precursor materials. As they vaporize, the precursors are absorbed onto the target surface. The target’s surface is coated with the desired material as a result of chemical reactions between the surface and adsorbed material. The base metal is now coated with a thin layer of the desired metal. To overcome the issue of working only with high melting point materials,a novel technique named plasma-assisted chemical vapour deposition [PACVD] was invented, where the reaction temperature at which CVD coatings are produced was lowered from 800-1100°C to 550°C, or even as low as 300 to 200°C for cases such as TiN and DLC coatings [10].

This technique states that it is possible that the ions have enough energy to be implanted or integrated into the interface as a result of their contact with the surface. , it may improve the interface’s tribological characteristics (by affecting the atomic mobility). The creation of a high-energy ion beam provides the ions with enough energy to implant [12]. 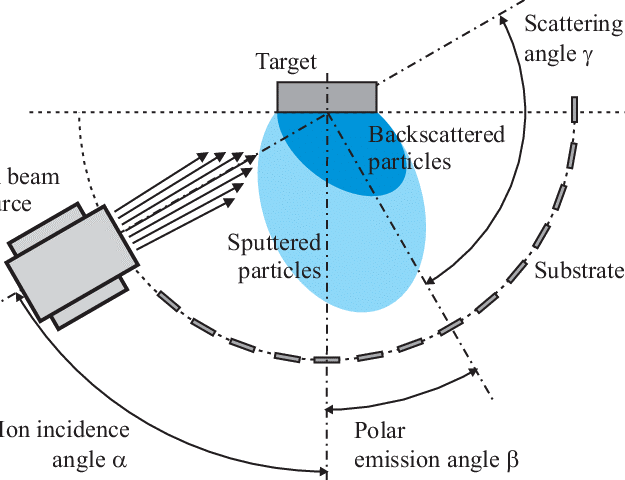 The sol-gel phenomena indicates that there’s agglomeration of micro-molecules present in a solution and in specific controlled environments it can lead to the formation of a coherent gel like network. Colloidal and polymeric methods are the two sol-gel techniques which are widely used and the variation between them is based on the precursors that are used. The precursor must be suspended or dissolved in a liquid for both processes, typically water for the colloidal one and alcohol for the polymeric method. Later base or an acid is added to activate the precursor which then forms a network which ages and grows with time and temperature. Now the liquid’s viscosity increases exponentially and it turns into [14].