Since the 1800s, railway organizations have been struggling with low adhesion on the rail, especially during the Autumn season also known as the “slippery track season”. In Autumn, leaves fall on the rails and when train wheels crush the leaves, they become a layer of oil acting as a lubricant. This lowers the friction on the rail and yearly causes huge punctuality, safety and maintenance issues for railway organizations worldwide. With a new developed tribometer, this challenge can now be managed.

Railway transport found its first application in the mining industry. The railway track was made from wood and in these days a horse was used to pull the cars. The big advantage was that the wheels experienced a very low rolling resistance, which made it easier to transport lots of heavy cargo in just one shipment with very little horsepower. This low rolling resistance suddenly became a problem when locomotives were used for propulsion in the 1800s: Low rolling resistance meant low friction and thus acceleration and braking proved problematic on low adhesion tracks.

Railway organizations struggle with low adhesion on the rail year-round, but this challenge peaks during the Autumn season. In this time of the year, ‘leaf-season’ starts. Leaves and other contaminants stick to the track and are crushed by train wheels. They become a layer of oil acting as a lubricant which makes railways slippery by reducing the Coefficient of Friction (COF) to a too low level. The COF between train wheel and railway is influenced by various factors, but the autumn leaf problem is the most notorious one [1]. The contamination layer is usually composed of various types of leaves, mostly a mixture of lignin, water and iron oxides. As well, it has been noted that other air-pollutants are able to cause a similar contamination layer, due to the pollution settling on that track it sticks on the oxide layer. Together with the humidity or rain, a similar contamination layer is formed with specific characteristics.

Both a train’s acceleration and its deceleration are limited by the rail friction available, which is defined as the ratio of the maximum available friction force (Ff) and the normal force (FN): COF = Ff/FN.This means that if the track has a COF = 0.2, 20% of the axle pressure (say 60kN) can be used to propel a train forward (giving a maximum traction force of 20%*60kN = 12kN).

All the different levels of friction require different driving styles. A low COF (< 0.10) indicates railways are slippery, resulting in safety and punctuality concerns. A higher COF (>0.40) indicates a track that is too rough, resulting in increased maintenance for both train and track. By giving insights on the rail friction levels, railway companies can adapt their schedule and operation to real-time railway conditions.

A study carried out by R. Popovici in 2010* (using a basic tribology indicator/Tribometer) is one of the few conducted studies on the low adhesion of railroads. In autumn 2008 a series of tests were conducted on the Dutch railroad. At least 65% of the tracks measured had a COF lower than 0.15. Railway companies indicate a minimal COF of 0.15 to schedule trains efficiently. At lower levels of COF the track is too slippery and attaining the operational speed is problematic. Studies indicate that in the autumn of 2008 an astonishing 40% of the measured tracks had a COF below 0.10 causing severe safety concerns. 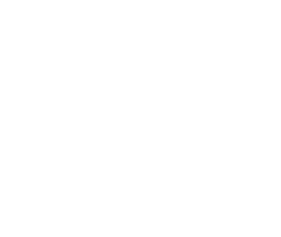 The inability to achieve a speed is because the acceleration or de-acceleration is governed by a simple formula: a = COF * g. This implies that with an acceptable COF of 0.15 a train can accelerate with 1.47 m/s2.

A train at that speed has a minimum stopping distance of 700m at a COF of 0.10. Below this a train should decrease its top speed. Low adhesion tracks thus form dangerous situations, where trains can slide through red signs or miss complete stations due to insufficient braking power.

The tribometer for railways

With this tribometer, train operators can for the first time measure friction levels from a standard passenger train. The friction is measured by state of the art sensors that observe minute deformations in train wheels combined with speed and slip measurement data from high accuracy sensors on the train’s bogie. An algorithm translates the data into slipperiness of the tracks, which is presented to the train driver. The tribometer has the potential to be installed on every train, thereby enabling railway organizations worldwide to manage the yearly returning low adhesion problem.

This is a big step up from current systems such as slip-slide reports from train drivers and activation of automatic slip warning systems. The difference lies in when a problem is detected: current systems report only after the railway track has become so slippery that problems arise and railway track and train damages ensue. With a live tribometer, railway organizations can measure the COF and can indicate when it is perfectly safe to drive or when there are non-optimal friction levels. This prevents any unsafe situation to occur since railway operators are always up to date on the latest track status.

Want to learn more about the tribology and railway transport? Please visit the website of Laser Tribology at www.laserprecisionsolutions.com

*Note: In order to measure the COF a tribometer needs to be used, which should be similar to a train: The contact material (steel), the pressure (train) the surface area (wheel) and the speed need to match to measure the COF fully. The study by Popovici was the closest experiment to a full train tribology test ever done on the rail road but lacked the full pressure of the train wheel as it was done with an extra wheel that was pushed down under a train. A real measure of the slipperiness can be performed using the LPS Tribometer.

Material is published on behalf of Laser Precision Solutions.